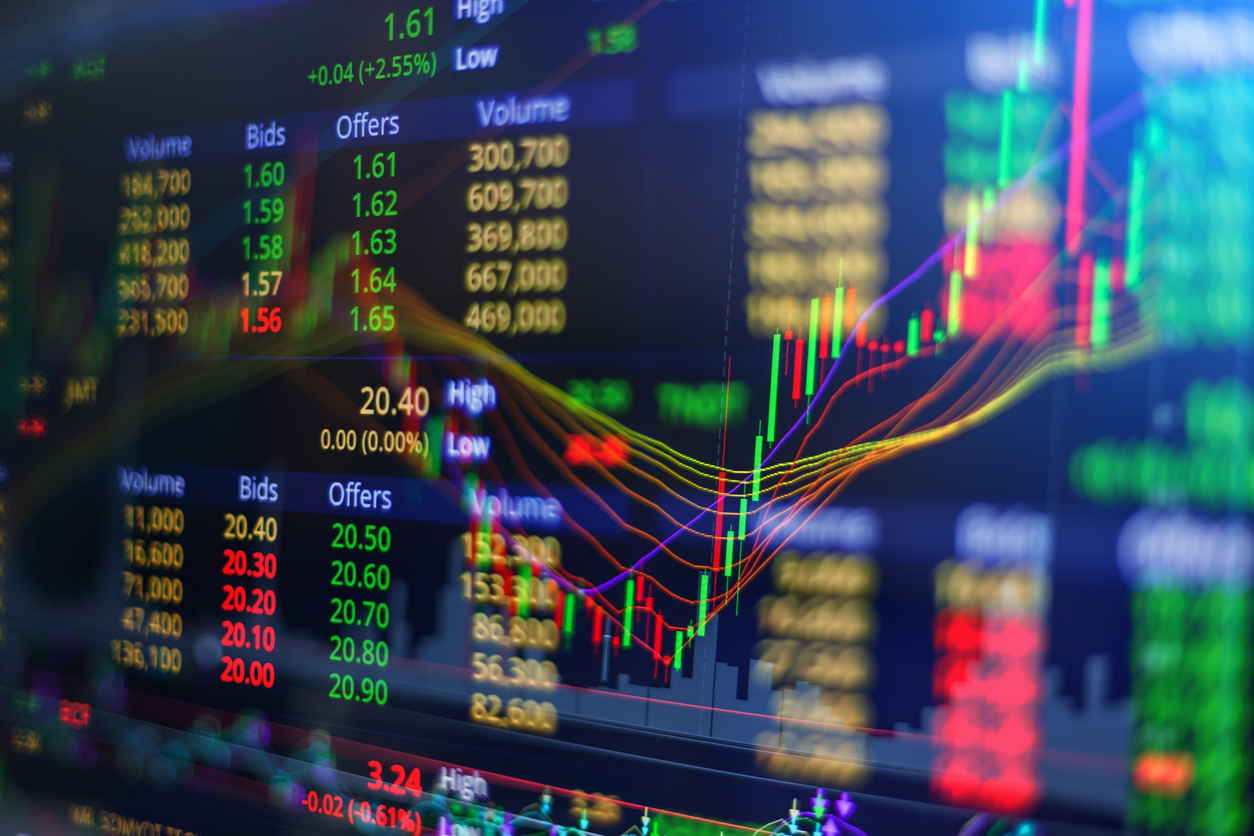 For breakout traders this is an absolute cracker as the bull flag has now obviously complete, providing a decent medium-term upside in itself. Price has now broken the near-term high of 1.7194 and now needs a clean break of the January spike high of 1.7209, and ideally, we’d want to see a re-test to confirm this breakout is now support. The prospect of a stop run through 1.7209 is a risk, so I wouldn’t want to get caught here, but the momentum behind the pair gives an elevated view that this could be closer to 1.7300/50 in the next week or so. If we assess implied volatility, we can see the expected move in the next two weeks is 92-pips, so hardly explosive range expansion.

Some have focused on the daily of EURAUD too, but with Aussie employment data due tomorrow at 11:30AEST, with an elevated risk for a strong election fuelled print of above 16,000, the preference is to shy away from AUD short exposure.

We’ve discussed global rates and trade tensions in some depth of late, but news that was undoubtedly a key feature yesterday was the idea of renewed China stimulus. We saw the China CSI 300 index close up 3%, with A50 index (CN50) closing 2.5% higher. The Chinese government will now allow local governments to use select bonds as capital to finance projects, leading traders to feel credit growth is once again is on the up. We also saw news that the PBoC is issuing short-term bills in Hong Kong, which could withdraw liquidity from the market, and that is having the effect of promoting a strong bid in CNH (offshore yuan).

As we see in the daily chart of USDCNH, and once again traders have faded the move into the top of the consolidation range. The PBoC has guided the CNY somewhat stronger than market expectations in the past few days, and that seems to be sending a message that the central bank is keen to curb the upside.

For those who haven’t looked at this market, it is effectively the top 50 China mainland stocks packaged as futures market and traded on the Singapore futures exchange. It is one of the cleanest vehicles to express a view on Chinese stocks.  As we can see, momentum is to the upside, and the price is threatening to break out of the consolidation range. It feels as though a weaker USDCNH (or USDCNY) should promote a further move higher in the CN50 index.

Trump’s comments overnight could take some of the wind out of the Chinese equity sail, with a tweet that he, himself, is holding up the deal with the Chinese, and that a trade deal won’t happen unless China agrees to the original terms, we saw a couple of months ago. We understand that Xi and Trump will meet at the G20, but Trump’s comments suggest they are a long way from convergence. All part of his game theory? Push the Fed into easing rates, do a deal with Mexico, and China and, off we go into the 2020 elections!

Outside of Chinese markets, I have focused on a number of charts that seem incredibly important for macro traders. They may/may not have come up on your radar, and if you want clarification on any of them do reach out.

We head into the June FOMC meeting on 20 June with traders expecting the door to be opened for an easing cycle from the Fed. If I look at the weekly Commitment of Traders report, and the level of positioning in eurodollar futures (a tradeable interest rate product) is at the highest net long position since 2008 – clearly a very crowded trade. As mentioned in my event risk video yesterday, if the Fed doesn’t meet the market pricing and the degree of easing expected from the rates market, then the USD is going to fly on 20 June. This chart shows just how crowded the rate cut trade is.

Here I have looked at the spread, and therefore rate cut expectations, between the rolling front-month fed funds future (another tradeable interest rate product) vs the rolling fifth month. At this point in time rate cut expectations between June and October sit at 37bp (the Fed usually cut in increments of 25bp or 0.25ppt). The green circles show levels where we have often seen an easing cycle, and at current pricing, we are somewhere in-line. The market is expecting an easing cycle.

Fed excess reserves (green – inverted) vs the USD index (USDX on MT4/5). As suggested in the video, the prospect of the Fed announcing a formal end to its balance sheet normalisation program in June, as opposed to October, could be big news for the USD. We can see the relationship between excess USD reserves and the USD, and should we see excess reserves increase (i.e. the green line falls), then one would expect the USD to face headwinds over time. Liquidity, as they say, is the oxygen of markets and the driver of USD.

So much has been made about the US yield curve and the recessionary environment expressed here. Here is the NY Fed implied recession probability model, which at 29% is the highest since 2007. The red shaded areas represent periods of prior recessions. 29% may not sound like a lot, but as we can see, this is where the probability stood in all eight of the previous recessions. It feels as though the rates markets are taking this as gospel and has made its mind up.

Tomorrow I will throw some charts out there that are great leading indicators, and they don’t support the notion of a recession — one for the optimists.

At 22:30 AEST tonight we get US core and headline CPI. With the market searching for further clues on a July rate cut, this could be an event risk to pay homage too. Here we see:

With the consensus calling for 2.1% (core) and 1.9% (headline), we can assess how the USD will likely trade on the extent of the beat or miss.