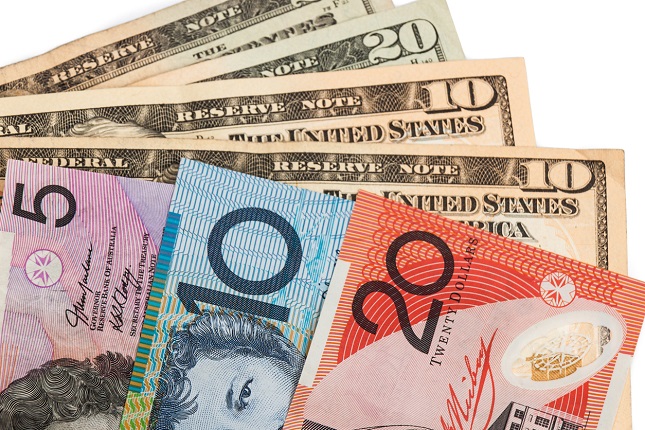 The cause of the recent move

The cause of the vol spike seems clear, but we have to revisit the ebb and flow of the market structure on Wednesday. Here we can see that the market dynamic centered on signs of better data in the US, and enough to confine the Fed to a 25bp cut. A US-China trade truce that had seemingly filtered into the background, sufficient that investors were happy to pay up for the historically higher earnings, supported by the lack of alternatives, low ‘real’ (inflation-adjusted) bond yields and subdued implied volatility.

Fast-forward a couple of days and are hit with the toxic-combination of Trump’s 10% tariffs on $300b of consumer-focused goods, China’s subsequent rebuttal with the halting the purchases of US ag products, and the symbolic gesture of China being labelled a currency manipulator. This series of events was absolutely not in the script, and we have been treated to a genuine shock to the system, that needed to be discounted rapidly. The spike in implied volatility saw volatility-targeting funds dumping risk, and we’ve had a solid shake out.

The politics of tariffs

The market has clearly formed a view that this saga has far more to play out, with a number of investment houses saying we will not see a deal between Xi and Trump until after the 2020 US presidential elections. Trump wants to lean on the Fed to support his hawkish plans to use trade as a policy initiative, designed to galvanise his base and elevate his election chances. However, the Fed currently sees a US economy lacking a need for aggressive stimulus, at this juncture, and the issue of independence has become so great that we saw the unprecedented step of all four prior Fed chairs putting an op-ed piece out to the world.

Just take St Louis Fed President James Bullard comments (in US trade), who has become a reasonable proxy of the Fed collective, with comments that “trade has been tit-for-tat since the spring or even earlier than that,” And, “I’ve already taken into account that trade uncertainty is high and going to remain high.

China, on the other hand, will be hoping the US economy weakens sufficiently that the Democrat candidates can leverage off any economic fragility as a policy miscalculation. With hope, they can forge a far more compelling deal with a less hawkish government. Although, the near-term risk is that China may have to withstand Trump lifting the 10% tariff to 25% or higher, which will no doubt be offset, somewhat ironically, by a weaker yuan. Trump knows the politics involved but understands that he needs the Fed as his offset should the economy deteriorate.

Lower rates will have limited effect on the economics

That’s all well and good, but if the clarity for US businesses under this tariff regime is so poor, it’s hard to see any spike in demand for credit, even if the Fed is making capital far cheaper. It is a dangerous game played by Trump, and the markets know it.

We had some relief yesterday, and as mentioned yesterday, when the PBoC refrained from lifting the mid-point of the USDCNY its daily ‘fix’ anywhere near as high as the models suggested, the market rallied. While a 30b RMB bill sale stabilised helped breath some life into the CNH on the perception that liquidity would be sucked from the system. The PBoC has been out reassuring corporates that the yuan won’t keep falling, but they haven’t seen that today with the bank fixing the USDCNY 313 points higher at 6.9996. This was just above the consensus view of 6.9977, which is close enough, but USDCNH buyers are now making their case, and this is again proving central to moves across markets in Asia.

If USDCNH is going higher, risk assets are going lower, and traders unwind carry structures in earnest, which is why the EUR, the ultimate funding currency (for the carry trade), has been working so well. S&P 500 futures are now -0.7%, and we watch to see if we get a re-test of the 200-day MA in S&P 500 and NASDAQ futures, which is where the buying kicked in yesterday. A break here and thing turn ugly again.

Asia agrees that we are not out of the woods here, and despite the S&P 500 closing 1.3% higher, we see the ASX 200 up 0.4%, however, China, Japan and Hong Kong are trading lower. The China A50 index (CN50) found a strong bid off horizontal support yesterday, and if traders were happy to defend into 12,329 a closing break on the next attempt will be taken poorly.

In FX, it’s been a huge day for the NZD, with the RBNZ cutting 50bp and showing once again, if you want to get ahead of the curve then the RBNZ does this better than most, and is not one to mess around. One questions if this is a message that if they are genuinely worried, and if so, we should be too? The moves in NZD have resonated in the AUD and AUDUSD has traded below the December flash crash low…all rallies are to be sold here, it seems.

USDJPY saw a huge turnaround yesterday, but traders are flipping back to short exposures today and we are seeing the pair through 106.00. The pair taking its direction from US Treasury futures, where we can see yields 3bp lower across the curve on the day, driven by some incredible buying in Kiwi bonds. Its real Treasury yields that interest most here, as US Treasury 10-year ‘real’ (i.e. inflation-adjusted) yields are now just six basis points from turning negative. We see the 2s vs 10s Treasury curve testing 10bp, where a break of 10bp and we talk inversion here and that is certainly not telling me we the world is fine and suggests the rally yesterday was a relief rally – nothing more.

We have seen gold futures traded above $1500 today, although, we watch for spot gold to move to the figure too. If real rates are turning negative, then gold is only going one way. Oil is flat on the day, but flip to the four-hour chart, and if this kicks lower I am jumping on board.