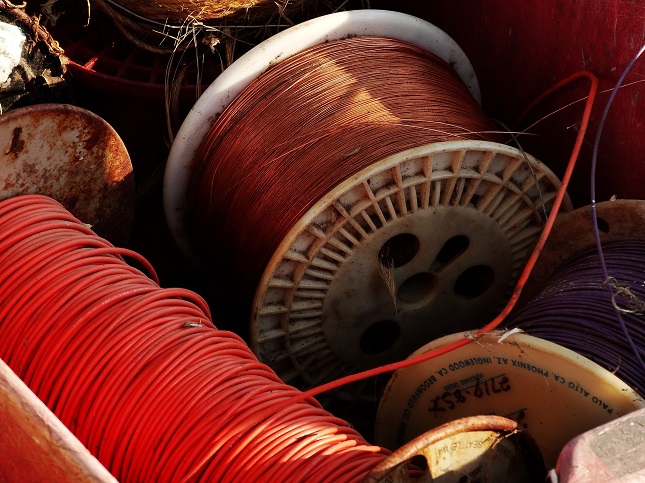 Industrial metals continue to experience mixed fortunes with a noticeably gab emerging in the performance between copper and aluminum, the two bell weather metals in this sector. While copper remains stuck in a range, aluminum has continued to surge higher with the latest move higher being driven by the risk of supply disruptions of Bauxite, a key component in the production of aluminum.

Aluminum, one of the metals with the most bullish fundamentals, trades up 40% year-to-date and at $2790/tons on the London Metal Exchange, it has reached the highest price in 13 years. Already benefiting from a robust long-term outlook due to its role in the clean-energy transition, and China’s crackdown on emissions in its energy-intensive industries such as aluminum, nickel and steel, the latest jump has been driven by political unrest in Guinea, a key source of supply of bauxite, a feedstock used to make alumina, which is further processed into aluminum.

Guinea, sometimes called the Saudi Arabia of bauxite holds the world’s largest reserve with China, the biggest producer of aluminum sourcing more than half of its bauxite from Guinea. The latest supply worry adding upside pressure to a metal already driven by the prospects for strong demand increasing the visible deficit in China and the West.

Having tracked each other closely during the early parts of 2020, the noticeable slowdown in China during the past few months arrested the rally in copper while aluminum continued higher on the mentioned tight supply concerns. 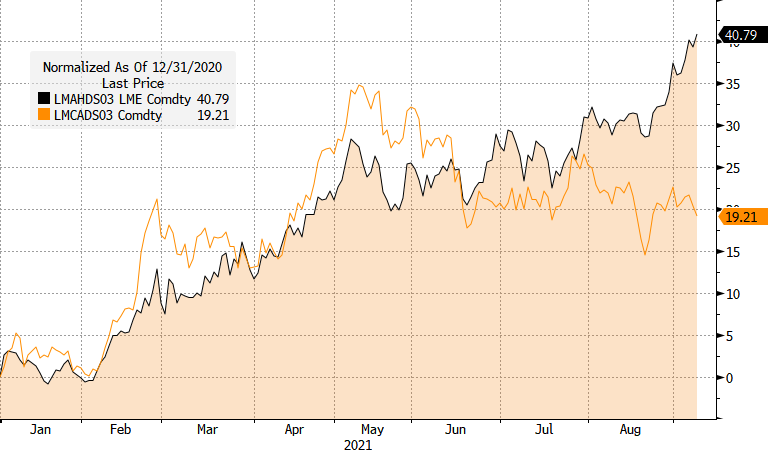 Dr. Copper, used in everything from wiring and electronics to electrical vehicles, and as such a good indicator of global growth and activity remains the go to industrial metals from investors and speculators seeking exposure to the sector. In addition, the ease of access to trading copper around the world, together with its relative deep pool of liquidity at the three main exchanges in New York, London and Shanghai, often sees the price of copper, not only react to copper fundamentals but also global economic developments.

Expected to be the future king of the so-called “green” transformation metals together with the fear of inflation, especially during the first few months of 2020, helped attract investment interest from speculators and investors. The buying culminated in May when the price surged to a record $10750/t on LME and $4.89/lb in New York, just before China announced measures to curb commodity prices in order to address surging factory gate costs.

On top of these measures to curb prices and speculative interest, copper also felt the impact of growth starting to cool into the third quarter as stimulus spending and the re-opening-fueled burst of activity slowed in both the US and China. Third quarter growth in the US has been revised sharply lower with one US bank calling for zero growth while another has halved its forecast from 6.5% to 2.9%. According the Citigroup economic surprise index, recent data from around the world has in general been trailing expectations, thereby supporting the view, that growth may be slowing while inflation still looks anything but transitory. 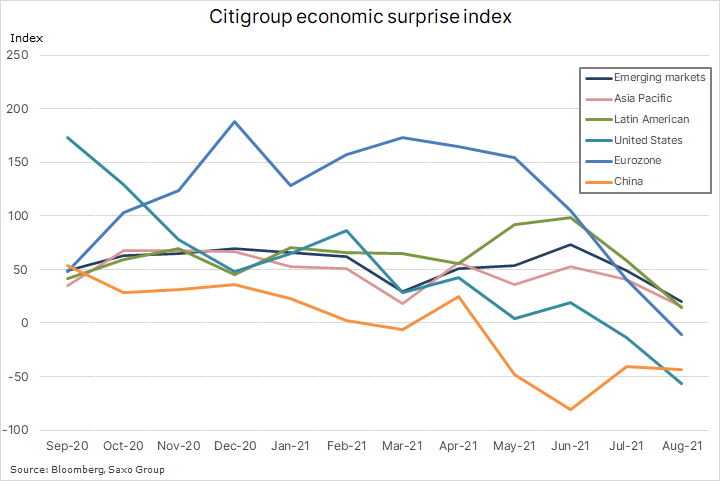 Again, with copper being the go-to metal for many so-called “paper” investors, it has suffered accordingly with speculators in HG copper having cut their net-long position by 65% since the February peak. However, having rallied by 148% from the 2020 pandemic low to the May 2021 high, the relatively small 18% correction seen since then highlights a market which in our opinion looks relatively cheap relative to the outlook for future demand growth.

China went through a destocking cycle during the first half and as they start to rebuild the call on LME monitored stocks may rise, thereby creating a more visible deficit. This at a time where demand in China remains relatively robust, and the rest of the world continues to move the agenda towards environmental friendly policies. Elevated demand expectations, especially from the push to electrify the transportation sector together with an absence of new mine investment is likely over the coming years to push the market into a deep and price supportive deficit.

The helicopter perspective shows a copper contract still lingering in a downtrend but which at the same time has managed to put in a double bottom around $3.95/lb. While we wait for a higher high, the risk of a deeper correction cannot be ruled out. Focus being the mentioned low and ultimately the 38.2% retracement of the 2020 to 2021 rally at $3.77/lb ($8300/t on LME). Timing is as usual crucial, but in our opinion copper remains a buy on fresh strength and on any potential additional weakness. 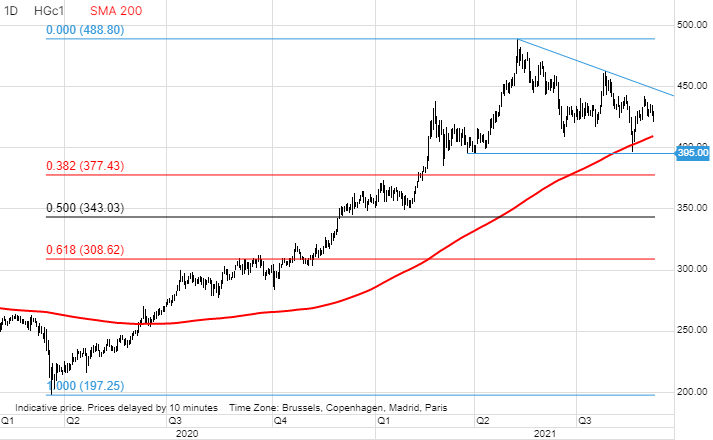