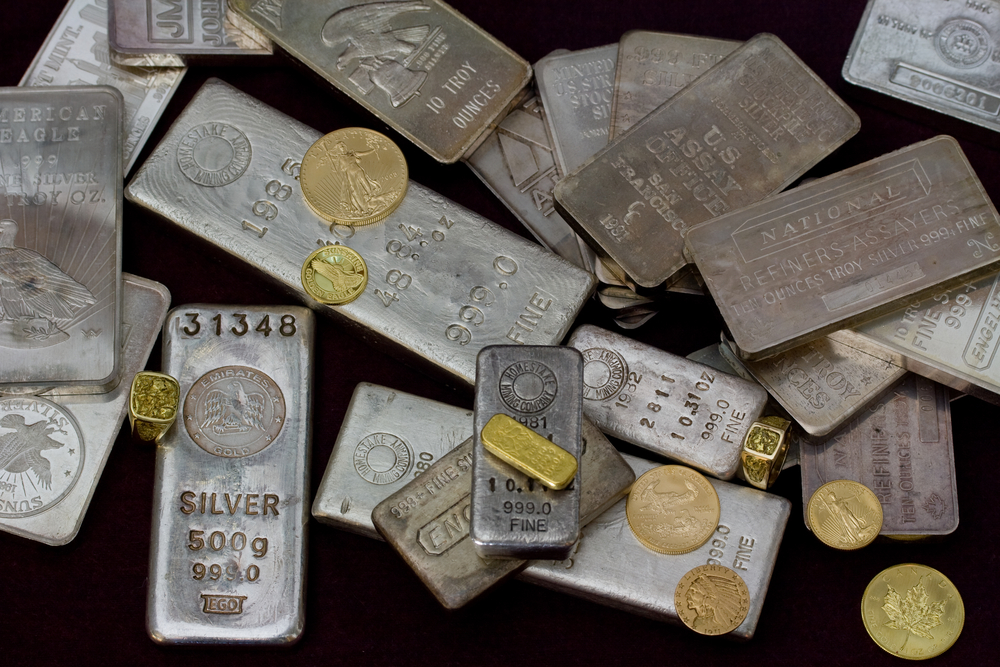 A week that saw a continued deterioration in the global growth outlook driven by extended China lockdowns and increasingly aggressive rate hike signals from members of the US FOMC. The S&P 500 lost 6.4% while VIX jumped 12% to 33.5%. The broad Bloomberg dollar index rose 1.3% while ten-year bond yields slumped by 22 basis points to 2.72%.

The Bloomberg Commodity Spot index dropped 2.3% after hitting a post-Easter record high with all sectors registering losses led by industrial metals (-5.2%) and precious metals (-4%). In response to these developments, hedge funds cut bets on rising commodity prices by the most since last November. Seventeen out of 24 contracts saw net selling with overall net long being reduced by 8% to 2 million lots, representing a $14.3 billion drop in the nominal value to $149.3 billion.

Biggest reductions hitting the metal sector led by gold and copper, followed by the softs sector. The energy sector saw no appetite for adding exposure, despite strong gains among the fuel contracts.

Latest updates on crude oil, gold and copper can be found in our daily Market Quick Take here

Crude oil was mixed with surging fuel prices supporting a relative outperformance of the WTI contract, but overall a 12k lots increase in WTI was more than offset by a 14k lots reduction in Brent, on global demand concerns, thereby leaving the net down by 2k to 411k lots, and near a 17-month low.

Fuel products surged higher amid tightness caused by Russian sanctions with gasoil in Europe and diesel in New York (ULSD) both surging higher by 30% and 27% respectively. These changes, however, did not attract any appetite for adding risk with both contracts seeing only small changes.

The combination of growth concerns, especially in China, and very aggressive rate hike statements from US FOMC members, combined with a stronger dollar, helped drive a dismal week for both industrial and precious metals.

Speculators responded to the 2.8% drop in gold by cutting bullish bets by 20% to 99.4k lots with the bulk of the change being driven by long liquidation, not fresh short selling. A similar picture in silver which in response to a 7.4% loss saw its net long being cut by 36% to 26.5k lots.

The grains sector saw the net long being reduced from a ten-year high by 36k lots to 783k lots. Selling was led by corn and soybeans while wheat only witnessed a small reduction in an already relative small bullish bet. The exception was soybean oil which jumped 5.4% in response to a growing global supply crisis impacting edible oils such as sunflower and palm oil.

The softs sector saw the biggest week of net selling since November with the stronger dollar and a general deterioration in risk appetite triggering reductions across all four commodities led by sugar and cocoa. 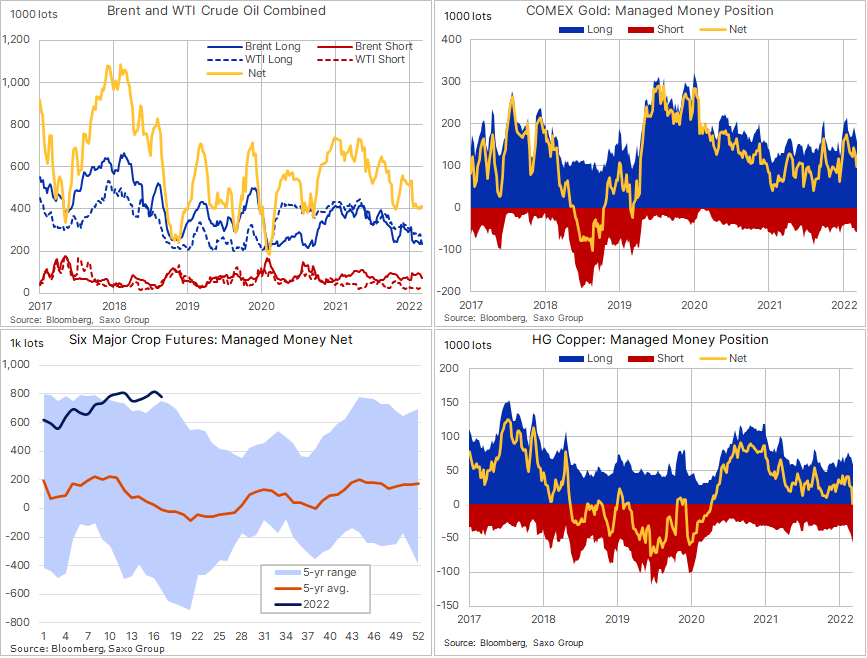 Another week of broad dollar strength with the Dollar Index rising 1.3% saw speculators turn net buyers of dollars for the first time in four weeks. The net long versus ten IMM currency futures and the Dollar Index rose 8% to $15.7 billion.

Currencies seeing the biggest amount of net selling was led by the euro (-9.1k lots) and sterling (-10.7k lots) with the latter seeing the net short reach a 2-1/2-year high at 69.6k lots. Yen short covering after hitting a 20-year low supported a temporary bounce, and with that a 11.7k lots reduction in the net short to 95.5k lots, still by far the most shorted currency against the dollar. 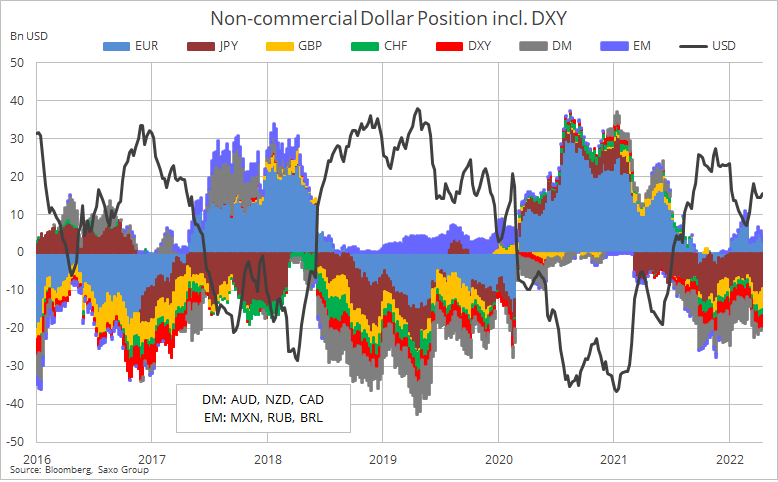 Forex: A broad breakdown between commercial and non-commercial (speculators)