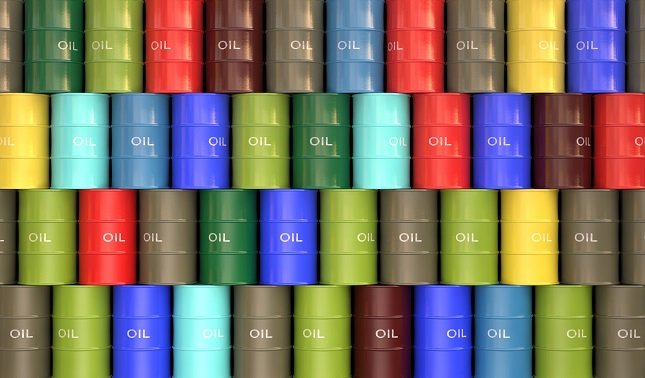 September West Texas Intermediate crude oil futures are trading higher but inside yesterday’s range. This suggests investor indecision and impending volatility. Traders are waiting for today’s U.S. Energy Information Administration’s weekly inventories report, due to be released at 1430 GMT. It is expected to show a draw of about 3.3 million barrels.

Yesterday the market surged to the upside, driven by bullish developments at the oil ministers meeting in St. Petersburg, Russia on July 24 and a huge 10.2 million barrel draw as reported by the American Petroleum Institute.

Since the drawdown was so large and unexpected, investors want to see further confirmation in the EIA report before making their move today. A bigger draw than the 3.3 million estimate could trigger an acceleration to the upside. Matching or missing the estimate will lead to profit-taking and selling pressure.

The main trend is up according to the daily swing chart. The next major target is the main top from May 25 at $52.38.

Based on the current price at $48.36 and the earlier price action, the direction of crude oil today will be determined by trader reaction to the Fibonacci level at $48.52.

A sustained move over $48.52 will signal the buying is getting stronger. This could trigger an acceleration into the next downtrending angle at $49.76. We could see a bounce on the first test of this angle, but it’s also another trigger point for a surge into $51.07. This is the last potential resistance angle before the $52.38 main top.

A failure to overcome $48.52 will indicate the return of sellers. This could trigger a sharp break into the 50% level at $47.33. This is followed by an uptrending angle at $46.83. This is another trigger point for an acceleration to the downside with potential targets at $45.40 and $45.33.

Watch the price action and read the order flow at $48.52 all session. This will tell us if the buying is getting stronger or if sellers are taking control.