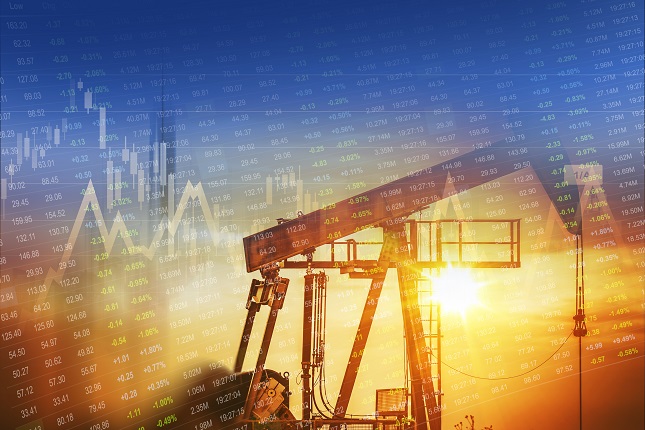 The main trend is up according to the daily swing chart. A trade through $70.89 and $70.98 will signal a resumption of the uptrend. The main trend will change to down on a move through $66.67.

Aggressive counter-trend buyers may step in on a test of this zone in an effort to form a potentially bearish secondary lower top. Trend traders are going to try to cross over to the bullish side of this area.

Based on the early price action, the direction of the November WTI crude oil futures contract on Monday is likely to be determined by trader reaction to the resistance cluster at $69.34 to $69.39.

A sustained move under $69.34 will indicate the presence of sellers. This could trigger a pullback into a long-term uptrending Gann angle at $68.69. Since the trend is up, we could see a technical bounce on the first test of this angle. If it fails to hold as support then look for the selling to extend into the short-term uptrending Gann angle at $68.17.

Overtaking the downtrending Gann angle at $69.39 will signal that the buying is getting stronger. If buyers can sustain the move to create enough upside momentum then look for the rally to possible extend into a pair of downtrending Gann angles at $70.14 and $70.52. The latter is the last potential resistance angle before the $70.89 main top.