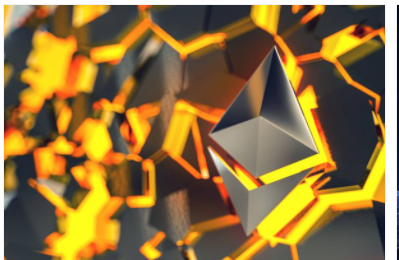 The broader cryptocurrency market continues to feel the heat, and EtherLite has not been left unscathed. The newly launched cryptocurrency, which was created as a hard fork of Ethereum, is down by a double-digit percentage in the last 24-hour period despite a couple of catalysts that should help with liquidity.

Cryptocurrency exchanges are starting to line up to list EtherLite, two of which are launching the coin on July 14.

EtherLite on its Telegram channel also teased additional cryptocurrency exchange listings that are in the pipeline. These include Bitcoin.com, Changelly and HitBTC, which are targeting the second half of July for the listings. EtherLite could also make an appearance on decentralized exchange (DEX) Uniswap.

Meanwhile, some EtherLite users are clamoring for better marketing of the project so that it can reach its full potential. The EtherLite team has responded to those worries, assuring followers on its Telegram channel by saying,

“Funds are not an issue. There is no point in putting an ad on Burj Khalifa & Times Square just to be listed on small exchanges, right? 🙂 I hope you get the point I’m trying to convey. We will get there very soon.”

EtherLite also has an airdrop in the works, a chance to receive free coins that tends to drum up excitement in the cryptocurrency community. Both ETH and social airdrops are on the roadmap, with a start date of July 30. The EtherLite team has already captured snapshots on May 1 of non-custodial wallets with ETH balances.

Nothing seems to be lifting altcoins out of the doldrums lately. Even Dogecoin, a favorite of billionaire Elon Musk, has been stuck in a rut. The meme coin is up fractionally today but has shed about 15% in the month of July alone.

Dogecoin is increasingly making its way into the mainstream as its users eagerly await wide-scale adoption. Most recently, consumer products company AXE, which makes men’s deodorant, has jumped on the Dogecoin bandwagon. The company in a tweet teased the Doge army, asking, “Who’s ready for the Dogecan?”

The tweet has received hundreds of responses so far as the Dogecoin community looks to send the DOGE price to the moon.