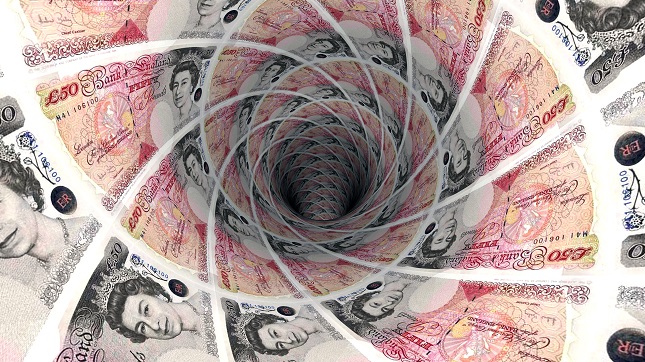 Where, it feels as though volumes will track just below the 30-day average, with volumes through the S&P500 some 18% below this average.

The S&P500 closed +0.7% higher, where we can also see a +0.3% net change in the S&P500 futures from 16:10aest (the official ASX200 close). So, while Aussie SPI futures are down 6p from the cash close (hence the flat ASX200 call), we can look to the US and see the index giving us some belief of support at the open. Although, I am really clutching at straws here and would obviously want to see price looking more constructive before hitching a ride. It’s also positive that we’ve seen US small caps outperform with the Russell 2000 closing up 1.2%, and breadth has been pretty good, with 82% of stocks (in the S&P500) closing higher, with the only sector lower being utilities (-0.3%).

There have been limited moves in the fixed income world, although we’ve seen a slight outperformance from the front-end, with 2-year US treasury’s closing -2bp at 1.50%. This has created a slight steepening of the 2s vs 10s US Treasury curve, but when this is still inverted by 2.6bp, the message we continue to hear from the yield curve is hardly one that suggests the S&P 500 is going to see a topside break of the 2943 to 2822 range, where price is currently in the 53rd percentile.

As I have suggested before, perhaps the best curve to focus on is the US 3-month vs US 5Y5Y forward rate. Why? Because the 3m Treasury is close enough to the fed funds effective rate, while the forward rate is the market’s interpretation of the longer-term neutral rate. That being, the implied policy setting in fed funds future for the anticipated levels of inflation and growth. With the 3m Treasury yield now 58bp higher than the forward rate, it quantifies how the market sees Fed policy as being too tight, and the Fed needs to cut by 50bp just to get to the neutral setting, that is neither stimulatory nor restrictive. Again, it’s hard to see equities rallying too intently in this environment.

What we have seen moving is crude, with WTI closing up 1.6%, Brent +1.5% and gasoline +2.7%, driven by a monster 10m barrel in crude and 2.09m in gasoline draw seen in the weekly DoE inventory report. This was somewhat reflected in the price, given we saw an 11.1m barrel draw in the private API survey yesterday. This has helped push US 5-year inflation expectations (swaps) up another 7bp, and at 1.98%, it seems unlikely the Fed will do anything other than a further insurance 25bp cut, when the FOMC next meet on the 18th September.

The US data certainly doesn’t give the Fed scope to ease by 50bp, and the 8% probability of a 50bp cut, implied in rates markets, reflects that. Certainly, if we look at yesterday’s US consumer confidence print, we are yet to see the consumer feeling the world is a darkening place, even if business investment, trade volumes and manufacturing have been a red flag. Consider then, that the next ISM manufacturing report comes next week, ahead of the August retail sales report on the 13th, and that could be a market volatility event.

In FX markets, the USD has rallied against all G10 currencies and had some bullish moves against EM FX too. The USD index is into the top of its range and would be higher if it weren’t for the fact EURUSD closed the session down a mere 12pips at 1.1078. It’s interesting that Treasury Secretary Mnuchin has said the department doesn’t intend to intervene in the USD for now.

With USD intervention such a hot topic, and the smoking gun for those calling for a future currency war, the use of ‘for now’ will be debated on the floors. We’ve got a decent idea of how intervention looks like, but what are the triggers that change ‘for now’, to ‘right now’. Is it a trade-weighted USD some 3-5% higher, the USD index pushing towards 103, with EURUSD into 105, or USDCNY moving markedly higher? Perhaps its these factors married with a higher rate of change…However, a market which feels US FX invention is coming is a market one step closer to buying FX vol in size as their play on currency wars and gold will be above $1600 in a flash.

GBP – the wild west of FX

GBPUSD has been the talk of the town though, with the price falling from 1.2286 to 1.2157 with Boris Johnson requesting to prorogue (suspend) parliament, something which was later approved by Her Majesty the Queen. The betting markets now have a no-deal Brexit at 45%, although a general election, perhaps after a short A50 extension, still seems the base case for now. However, one thing is for certain; we are in for a lively period of headline risk for GBP traders to navigate, when parliament comes back from recess on 3 September through to when they go back on recess on 9 September.

As many have commented, this is an incredibly tight window to pass new legalisation from the Remainer camp and a no-confidence vote, therefore, seems incredibly elevated to be enacted through this period. Of course, if neither play out then when parliament comes back on 14 October, with the Queen due to address the nation, then given the limited time until the Brexit deadline on 31 October, the risk of a no-deal Brexit will become the markets base-case. GBP is the wild west of G10 FX from here…consider your position size and risk tolerance above all when trading the quid.

Also, keep an eye on the AUD with private CAPEX data out at 11:30aest. Weak number in the planned spend could push AUDUSD for a further test of 67c, which has acted as huge support of late.