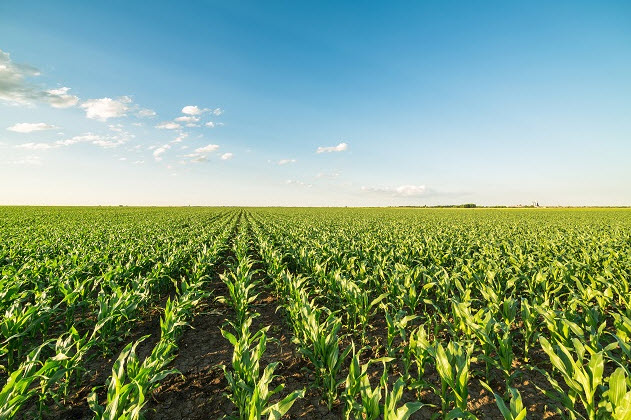 Grain prices tumbled early Friday following news that China has prepared a list of products which include grains that they plan on adding tariffs.  This would make U.S. corn less attractive to Chinese buyers which would reduce demand and weigh on prices. Among the items on the list for targeting are soybeans, live hogs and sorghum, though those plans could yet change. The threat of a trade war with China has weighed on agricultural markets in recent days, with soybean farmers and others relying on exports to China.

Soybean prices broke down on Friday morning sliding nearly 1.5% and testing support near the 50-day moving average at 1012. A break of this level would lead to a test of the February lows at 967. Resistance is seen near former support at 1021, and then the 10-day moving average at 1031. Negative momentum has accelerated as the MACD (moving average convergence divergence) index prints in the red with a declining trajectory which points to lower prices.  The relative strength index (RSI) which is a momentum oscillator also broke down through resistance which reflects accelerating negative momentum and points to lower prices.

Wheat prices moved lower on Friday but seemed to find support near the weekly lows at 446 per bushel.  A break of this level would lead to a test of the January lows at 421.  Resistance on wheat is seen near former support and the 10-day moving average at 467. Negative momentum is accelerating as the MACD histogram is printing in the red with a downward sloping trajectory which points to lower prices.