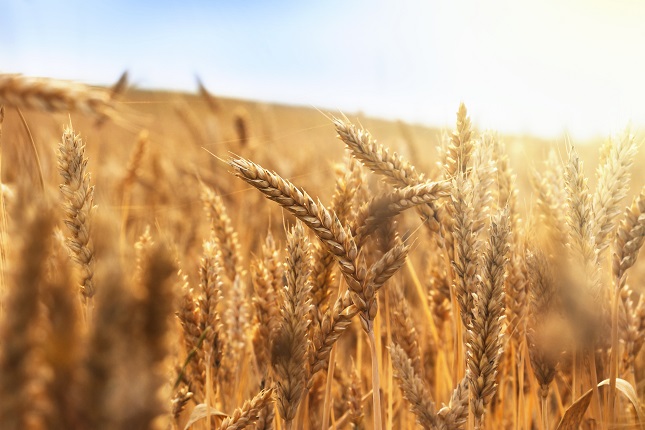 Corn prices moved lower in early North American trade on Monday declining for the second consecutive session.  Prices are forming a bull flag pattern which is a pause that refreshes higher. Support is seen near the 10-day moving average at 3.787 per bushel. Positive momentum is decelerating as MACD (moving average convergence divergence) histogram prints in the black with a declining trajectory which points to consolidation.  The RSI moved lower but is above the overbought trigger level at 70.4 and could foreshadow a correction.

The estimated soybean crush margin moved lower as soybean meal and oil price reductions outpaced lower soybean costs. The USDA’s January crush data showed some variance from the data NOPA had previously reported.  Per the USDA, 174,516,800 bushels of beans were crushed during the month of January. This resulted in 1.998 billion pounds of oil and 3.867 million tons of meal. The crush slipped by 1.03% from December. Oil production declined by 0.87% and cake/meal output was 0.96% lower. Month ending stocks for soybean meal dropped 30% to 356,194 tons, partially reversing last month’s 40% climb. Crude oil stocks added to last month’s 15% rise by adding an additional 18% to 1.866 billion pounds.

Soybeans rebounded from session lows after tumbling on Friday following the USDA’s WASDE report. Support on soybeans is seen near the former breakout level at 1010. Resistance is seen near the 10-day moving average at 1049. Momentum has turned negative as the MACD (moving average convergence divergence) index generated a crossover sell signal. The RSI (relative strength index) is moving lower and printing a reading of 50, moving out of the overbought zone on Thursday, and into the neutral level which is generally considered a sell signal.

Wheat prices opened lower on Monday after closing near session lows on Friday in the wake of the bearish WASDE report. Support is seen near the former breakout level at 469. Resistance is seen near the 10-day moving average 4.91. Momentum is turning neutral as the MACD (moving average convergence divergence) histogram prints in the black with a downward sloping trajectory which points to consolidate. The RSI (relative strength index) is moving sideways which reflects consolidation as it prints a reading of 58 at the upper end of the neutral range.