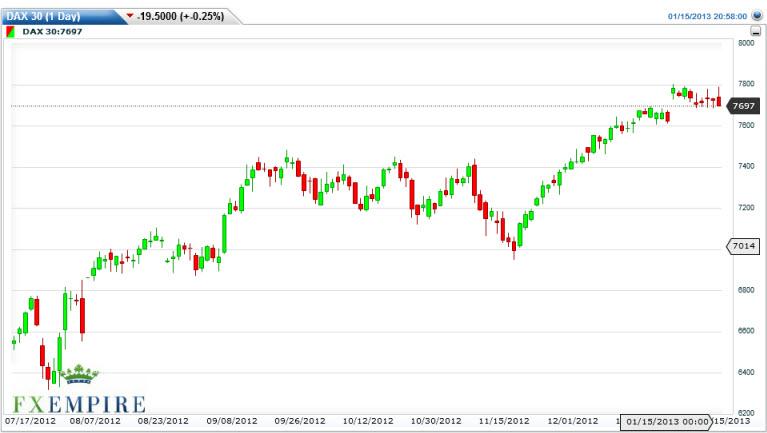 The DAX initially rose during the session on Tuesday, but fell one quarter of a percent in order to continue the consolidation that we’ve seen since the gap two weeks ago. With this being said we are still fairly bullish on the DAX and believe that the €7600 level should continue to offer significant support. Because of this, we are more than willing to buy this market on the first signs of support, even on shorter-term charts such as the four hour and one hour versions. As far as selling is concerned, we have no interest in doing so until we clear that level significantly on a daily close.