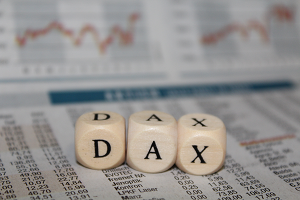 The DAX had a week of consolidation as the index consolidated the break of the range high in the previous week. We had mentioned in our earlier forecasts that with the break of the highs at the 10800 region, the next target would be 11400 and that’s where we have reached over the last week. It is indeed a bit of a surprise that the index was not very volatile considering the huge volatility in the currency markets.

We were a bit surprised at the lack of volatility in the DAX over the last week. With the Fed announcing the hike in rates and also sending out clear signals that it would be hiking rates two or three more times in 2017, we were looking at a much larger volatility in the markets. Not only the DAX but also a lot of other markets managed to hold their ground though the initial reaction was to fall down. Most of the stock markets closed the week almost unchanged but we had been expecting an extreme reaction from the bourses as a hike in rates in the US would mean a pulling out of the funds from the bourses and investment of the funds into the dollar and related assets  in the hope of better and more stable returns. We did not see any such kind of reaction and this was a let down for the bears and some bulls in the DAX who were expecting to see a pullback towards 10800 in the hope of loading up their longs again. Many bulls had missed the breakout as it was too quick and too large and they are waiting for the pullback to happen.

Looking ahead to the coming week, we have the German Ifo Business Climate which should continue the trend of good data from Germany, which we are getting used to nowadays. Apart from that, we do not have any other major news from the Eurozone and we will be looking for a pullback towards 10800 for loading our longs. Traders are advised to wait for such an opportunity rather than to chase the market.