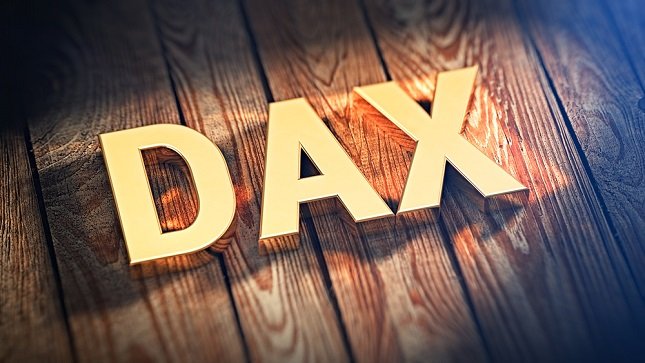 European equities yesterday saw a high level of bearish price action but at close major indices saw a divided outcome. Risk-averse investor sentiment and trading activity remained high in European markets as trading began in European markets. The risk-averse activity was influenced by caution ahead of ECB Draghi’s speech and UK parliament meeting which was to vote on key Brexit related amendments. Meanwhile, dovish influence from German government bond yields which was still in the negative zone added pressure on risk appetite. Draghi’s speech was highly dovish in nature as he reiterated ECB’s cautious approach towards rate hike plans on increasing risk for economic growth in Europe. However, hopes for a positive outcome in UK parliament meeting improved risk appetite towards the end of European market hours resulting in a divided outcome.

Albeit recovering risk appetite German stock market saw dovish closing at E.O.D. clearly symbolizing the dovish influence in European markets. As the trading session came to close for the day, 5 of 6 benchmark indices in Frankfurt stock exchange closed in the red. The price action was divided in the German stock market as well but bears dominated overall. This was evident from data on the performance of sectoral indices in Frankfurt stock exchange. 10 out of 18 sectoral indices closed in red with stocks from Bank, Transport & Logistics and Automobile sector saw high gains while, stocks from Food & Beverage, Technology shares seeing sharp loss down by more than 4% each. The three most-watched German indices DAX, MDAX and TECDAX were down by 0.01%, 0.47% & 1.26% on the day. Of the total 778 stocks trading in Frankfurt stock exchange, 356 closed in red while 347 closed in green and 75 closed unchanged at end of the trading session.

Asian equities today saw mixed price action as risk appetite improved on news of US delegates traveling to China for a two-day trade talk with Chinese counterparts. However, concerns of an economic slowdown and the declining global bond market continued to outweigh positive investor sentiment resulting in most major stock markets closed in the red. US Wall Street also saw major indices and equities close in the red. Cues from the international market will be mixed owing to trade talk headlines but bears continue to dominate investor sentiment as evident from DAX futures price action in the international market ahead of European market opening which was down by 0.24% on the day. German bond yields continue to remain in a negative zone adding dovish influence to equities. This suggests that DAX is likely to see another session of bearish price action today with the possibility to scale new monthly lows.