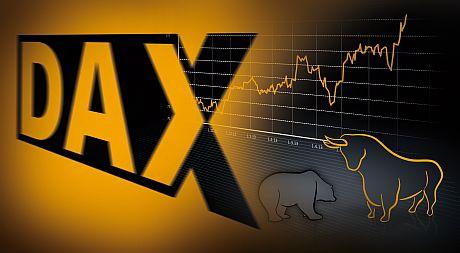 Germany equities were lower at the close on Friday, as losses in the Technology, Industrials and Basic Resources sectors propelled shares lower. At the close in Frankfurt, the DAX declined 0.11%, while the MDAX index lost 0.24%, and the TecDAX index fell 0.08%. Declining stocks outnumbered rising ones by 374 to 337 and 72 ended unchanged on the Frankfurt Stock Exchange. The DAX volatility index, which measures the implied volatility of DAX options, was down 10.24% to 19.11. European equity markets gained positive momentum on last trading session of the week as risk appetite increased following comments from US President Donald Trump that China wants to make a trade deal and while the deal between US & China hasn’t reached an acceptable level, US Government will not impost any new tariff’s upon China.

Asian shares crept cautiously higher on Monday amid conflicting signals on the chance of a truce in the Sino-U.S. trade dispute, while the Federal Reserve’s new-found concern on the global economy undermined the dollar. Wall Street had firmed on Friday following positive influence gained over US President Donald Trump’s comments on tariff after Beijing sent a list of measures it was willing to take to resolve trade tensions. The comment stoked speculation of a deal when Trump meets Chinese President Xi Jinping on the sidelines of a G20 summit in Argentina later this month. Sino-U.S. tensions were clearly on display at an APEC meeting in Papua New Guinea over the weekend, where leaders failed to agree on a communiqué for the first time ever. All major key indices in Asia are currently trading in green which signals that investor sentiment shows bullish bias despite cautious stance.

Federal Reserve policymakers are still signaling rate increases ahead but also sounded more concerned about a potential global slowdown, leading markets to suspect the tightening cycle may not have much further to run. Its undercutting expectations of rate hike moving above ‘neutral’ and this shift in tone is subtle, but fits with the more bullish bond market tone of late, and is starting to have a material impact on the dollar. DAX futures  trading in international market was down by 0.28% on the day indicating cautious tone in European market which combined with common currency trading in red could result in relatively flat opening of German equities today but if investors take cues from positive closing of wall street last week and positive tone from Asian equity market, German equities could move in green and DAX could trade range bound with bullish bias during European market hours.