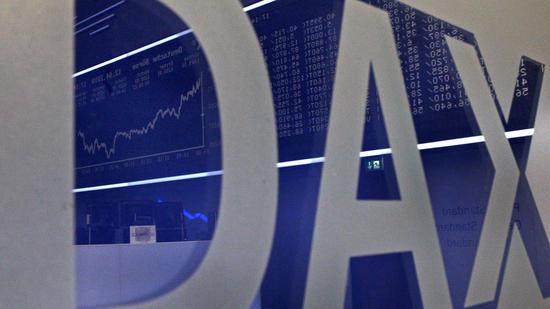 Germany equities were mixed at the close on Monday, as gains in the Food & Beverages, Insurance and Consumer & Cyclical sectors propelled shares higher while losses in the Retail, Basic Resources and Financial Services sectors led shares lower. At the close in Frankfurt, the DAX lost 0.14%, while the MDAX index declined 0.30%, and the TecDAX index gained 0.39%. Declining stocks outnumbered rising ones by 378 to 338 and 67 ended unchanged on the Frankfurt Stock Exchange. The DAX volatility index, which measures the implied volatility of DAX options, was up 0.11% to 16.78. European market is currently facing bearish influence from a multitude of factors such as No-Brexit deal scenario, Italian budget plans and Turkish crisis which has currently moved to background. Equity market yesterday had mixed outcome across globe amid muted volatility owing to US holiday.

DAX to Open Positive on Cues from International Market

While DAX closed negative on cues from Asian allies on Monday, other major European indices like CAC 40 & EURO STOXX 50 closed positive albeit a near flat momentum. On early market hours of Tuesday Asian shares fell and the dollar turned higher as the trade dispute between the United States and China threatened to escalate this week, and as emergency austerity measures in Argentina underscored the turbulence gripping emerging markets. The majors are the focus today rather than emerging markets, with major focus on US Greenback and US equities as trading session begins for the week in US and investors are moving funds away from major markets and into US market ahead of US Fed rate hike with most traders planning on cashing in short term gains on Fed rate hike updates. While Japan’s Nikkei closed dovish for the day other major Asian markets such as Hong Kong, Shanghai & Singapore saw their major indices move uptrend with significant increase in value providing positive influence from Asian markets to their European allies.

DAX futures which is trading in international market ahead of European market hours is trading positive up 0.19% on the day. While yesterday’s manufacturing PMI was dovish its influence on equity market didn’t last long and investors are now placing short positions ahead of tomorrow’s composite & service PMI both of which are expected to remain unchanged.  German DAX is expected to open positive for the day and move range bound across the session in positive tone supported by neutral investor sentiment over cues from local and international market. However depending on updates of Italian budget plans in European market hours, there is a possibility that DAX could close negative in case the news affects the shared currency’s momentum in broad market.