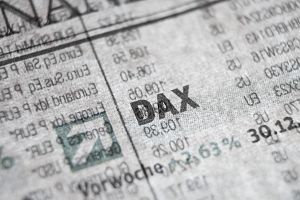 Germany equities were higher at the close on Tuesday, as gains in the Technology, Construction and Basic Resources sectors propelled shares higher. At the close in Frankfurt, the DAX added 0.43%, while the MDAX index gained 0.49%, and the TecDAX index added 0.32%. Advancing stocks outnumbered falling ones by 420 to 272 and 87 ended unchanged on the Frankfurt Stock Exchange. The DAX volatility index, which measures the implied volatility of DAX options, was down 4.06% to 15.44. German stock market is expected to continue moving on positive note across the week. While international cues have been positive so far this week, Wednesday’s Asian market hours were filled with mixed global cues. Key Asian markets performed positive in early market hours on boost provided by rise in Wall Street, however political headlines in the U.S. and Australia and a retreat in Chinese markets darkened the mood.

Investors in the region took some comfort from hopes that the trade talks between the U.S. and China expected this week will ease trade tensions. But Chinese investors sold shares across the board, sending the Shanghai Composite index 0.7% lower and the blue-chip index down 0.6%, as economic concerns returned after the central bank said on Tuesday it would not resort to strong stimulus to support growth. President Donald Trump told Reuters on Monday that he does not expect much progress from the trade talks with China. President Trump also blamed Europe and China of currency manipulation and with FOMC update scheduled for the day common currency used across Key European market has come into consolidation phase as investors approach the market on cautious tone.

German DAX futures in international market maintained positive movement across Asian market hours and were 0.26% ahead of European market hours.  German DAX opened for the day on positive note amid mixed cues and is currently up 0.19% on the day and is expected to maintain slow upwards movement across today’s market hours but support for upside movement is limited as EURO has consolidated and investors are on standstill as they wait for FOMC update – confirmation of continued rate hikes by FED. There is another reason for investors cautious stance as he US President Trump said yesterday night that the US would slap a 25 percent tariff on cards coming from the European Union putting the focus back on trade wars. News from American market hours later today could help gauge market sentiment and shed light on possibilities of how market could proceed further.