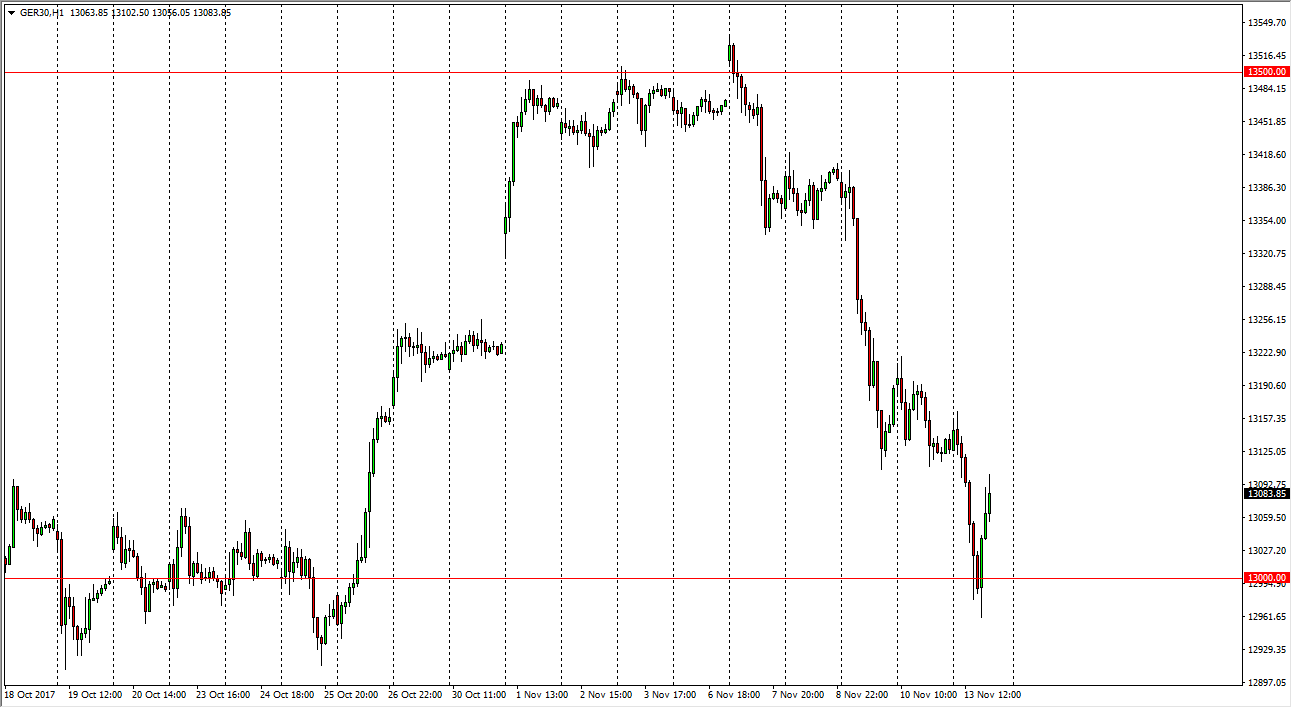 The German index initially fell during the day on Monday, reaching down to the €13,000 level. That’s an area that has been important in the past, and the bounce from there was to be expected. However, as I look at the short-term charts, it looks as if we are trying to break down below the 13,000 level again. If we do, the market will more than likely go looking towards the €12,900 level underneath, and then perhaps down to the €12,750 level next. This is coinciding with a move higher in the EUR/USD pair, and that of course is likely to be to be a driver of the market in general as it can make the German exports either cheaper or more expensive. As the DAX is full of exporting companies, and makes quite a bit of sense that a more expensive Euro works against it. However, I think that if we can break above the €13,200 level, it’s likely that we will go back to the €13,500 level.

In general, this is a market that I believe goes higher over the longer term, but we may need to pull back somewhat significantly to build up the next leg of momentum to the upside. If we do that, I think that there will be plenty of value to be found underneath for those who are patient enough to take advantage of value in the market that will almost certainly present itself at lower levels. I believe that the uptrend is very much intact if we can stay above the €12,000 level, which is quite a distance below current levels. Longer-term, I believe that the market will go looking towards the €15,000 level, but it’s obviously going to take quite a bit of time to get there.