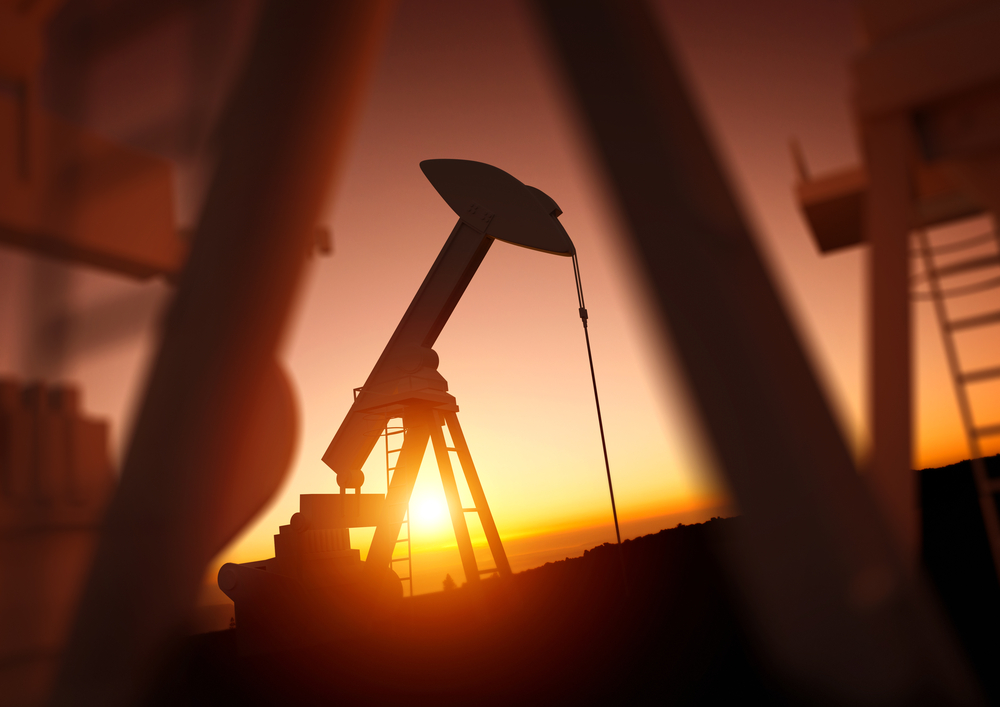 The below summary highlights futures positions and changes made by hedge funds across commodities, forex and financials up until last Tuesday, August 3. A relative calm week that saw stocks reach new highs with many companies beating earnings expectations, the yield on 10-year Treasuries reaching a new cycle low while the dollar softened.

All developments that occurred before explosive end of week developments, starting with Wednesday’s hawkish comments from Clarida, the Fed vice-chair, and topped up with Friday’s strong US jobs report. Commodities traded lower led by crude oil and copper in response to the rapid spreading of the delta coronavirus variant and its potential negative growth and demand impact, especially in Asia.

The Bloomberg Spot index lost 0.5% during the reporting week to August 3, as the rapid spreading of the delta coronavirus variant in Asia and parts of the US raised concerns about demand for key commodities such as crude oil and copper. These developments were somewhat offset by gains in precious metals as both the dollar and yields softened before the sharp reversal on Friday. The grains market saw a strong adverse weather-related jump in wheat prices.

Overall, these developments resulted in no major change in the overall commodity exposure held by funds with selling of crude oil, soybeans, natural gas and copper being offset by buying in wheat, corn, sugar and silver.

Crude oil’s late July rally ran out steam after the market attention increasingly turned from OPEC+ to Asia, and especially China, where the delta coronavirus variant continued to spread thereby putting a cloud over the short-term demand outlook. As a result, the net long in WTI and Brent was cut by a combined 18.4k lots to 614k lots, thereby reversing one-third of what was added in the previous week. The bulk of the change led by long liquidation with no signs of increased short-selling activity.

The natural gas long in four Henry Hub deliverable swap and futures contracts was, despite surging prices, cut by 4% to 312k lots. This the fourth consecutive week of net selling has occurred while the price has continued to rally, and it closed the week at $4.14, the highest since December 2018 in response to hot weather and robust export of LNG raising concerns about insufficient stockpiles for the coming winter.

Following the worst week for crude oil in ten months, the market will be watching closely the monthly oil market reports from EIA on Tuesday followed by the IEA and OPEC on Thursday for any signs of changes in the demand outlook. The rapid spreading of the delta coronavirus variant in Asia and parts of the US has seen the market focus switch back to demand worries from OPEC’s ability to keep prices supported by keeping supplies sufficiently tight.

The gold long, just like the price, held steady with a small net addition of just 851 lots disguising a pickup in short selling interest with traders increasingly seeing the risk of a downside move in response to gold’s week-long failure to respond to a sharp fall in US Treasury yields. A worry that was confirmed on Friday, when the a very strong US jobs report helped push an already weakened price over the edge to record its biggest fall in seven weeks.

Silver meanwhile saw the net long receiving a 22% boost but with the sole driver being short covering. Copper was net sold with virus worries off-setting the risk of a strike related supply disruption in Chile, the world’s number one producer.

With the market focus on jobs over for now, the short-term direction of precious metals could be dictated by U.S. inflation – the other part of the Fed’s mandate – with July CPI due on Wednesday.

Gold (XAUUSD) and silver (XAGUSD) already under pressure following Friday’s stronger than expected US jobs report, suffered a flash crash during the early parts of the Asian session. Following the weak close on Friday both metals had been left vulnerable into the opening, and with both Singapore and Japan on holiday the Asian opening offered even less liquidity than normal. Within minutes gold dropped more than 4% while silver slumped 7%, before pairing losses ahead of the European opening.

Traders have been rattled by golds strange behavior in recent weeks when falling yields failed to boost the price, while last week’s small turnaround in yields triggered an immediate and strong negative response. This sort of capitulation can often coincide with a significant low in the market but for that to happen economic data is required to turn more gold friendly. 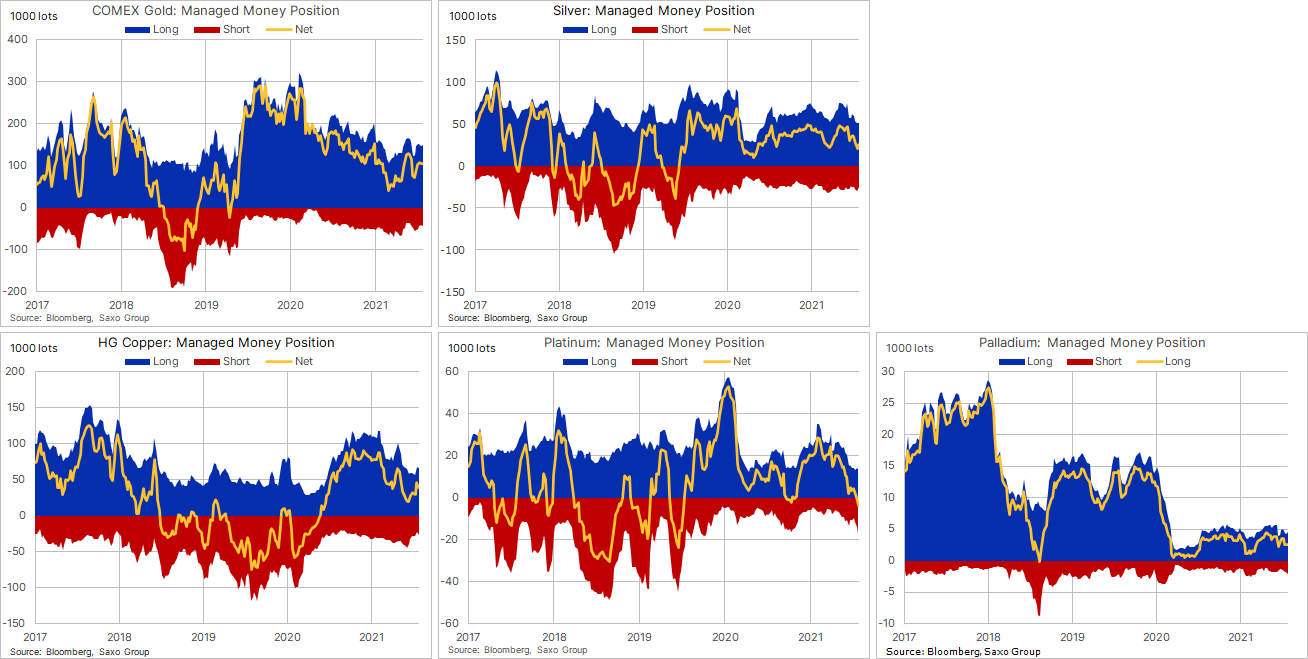 Selling of soybeans were more than offset by strong buying of corn and both wheat contracts on KCB and CBOT. CBOT wheat futures traded close to the May high with adverse weather developments increasingly pointing to tighter global supplies due to expectations of lower output from top exporters Russia and the US. Rains have hurt grain quality in parts of Europe and China, while heat and drought have slashed the production outlook in Russia and North America. Apart from ongoing weather developments the market will also be watching a monthly supply and demand report from the US Department of Agriculture on Thursday.

A mild bout of dollar weakness in the week to last Tuesday, saw speculators reduce bullish dollar bets from a 17-month high by 18% to $3.6 billion. This before Clarida the Fed vice-chair’s hawkish comment on Wednesday and Friday’s across the board strong jobs report saw the 10-year Treasury yield climb to 1.3% and the dollar strengthen against it major peers, not least the Euro which ended the week at a four-month low.

The mentioned change was primarily driven by GBP and JPY buying. The sterling position returned to neutral while the yen short was reduced to a six-week low. Overall, and just like the previous week, the overriding theme was the reduction in positions, both long and short, as the peak summer holiday period continues to reduce risk appetite. 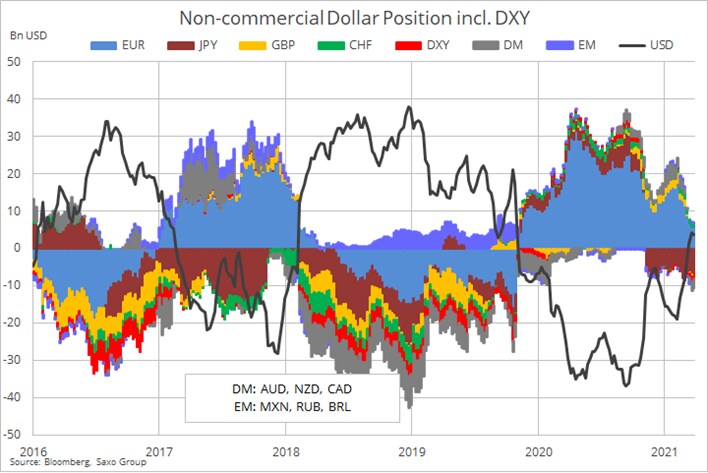