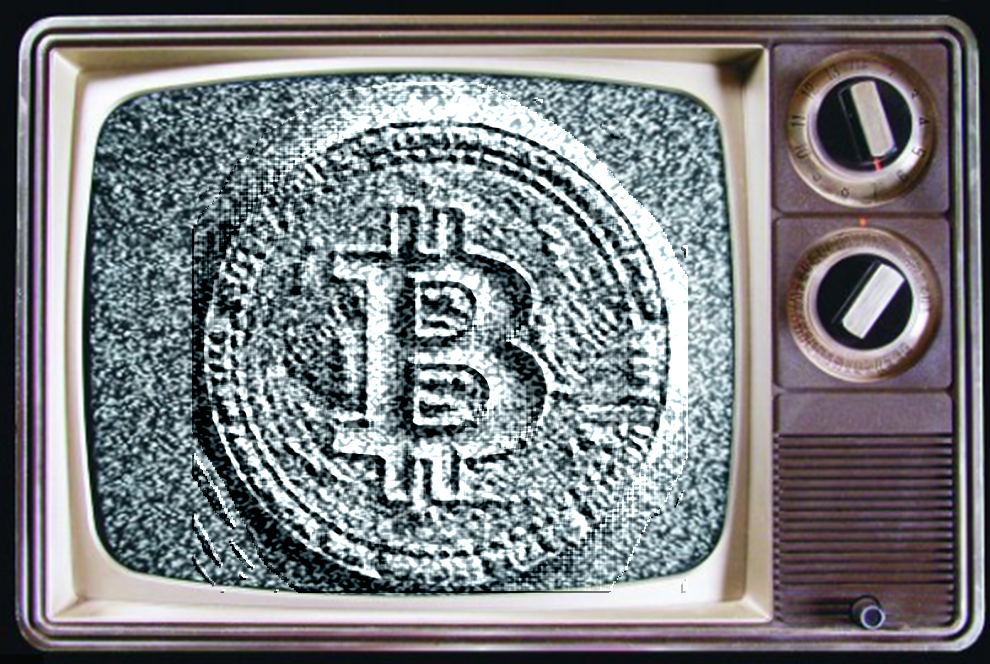 Yesterday’s candle did contain a lower high than today’s however let us not overlook that yesterday was the highest daily close in CME futures history, about $400 above current pricing. Through the eyes of a short-term daily candlestick chart the possibility we are entrenched in an extended fifth wave rather than an expanded flat or zig-zag type correction is looking exceedingly probable. With that in mind we could easily see a breach above $61,000 and reach a new all-time high and have the potential for pricing in the $70,000 – $80,000 range by next month. 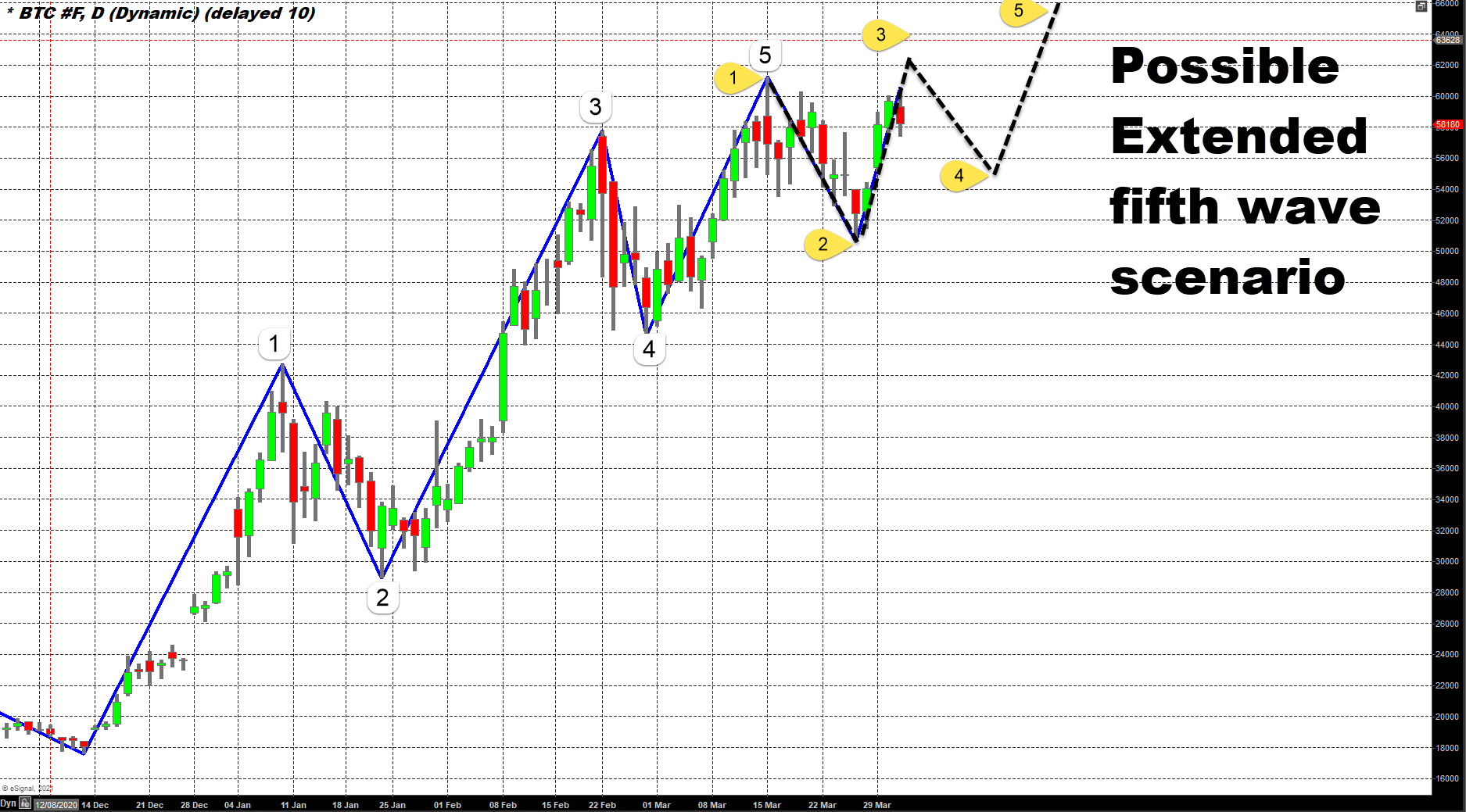 As for longer-term price action, our weekly candlestick chart reveals that the bullish channel we have been trading in since the middle of October is still well intact. Notice how it had a nitro boost halfway up this channel, illustrated by the body size more than doubling on our weekly candlestick chart. The time this channel began dumping a wet injection of nitrous oxide, interestingly, was indirectly tied to the starter of the engine. 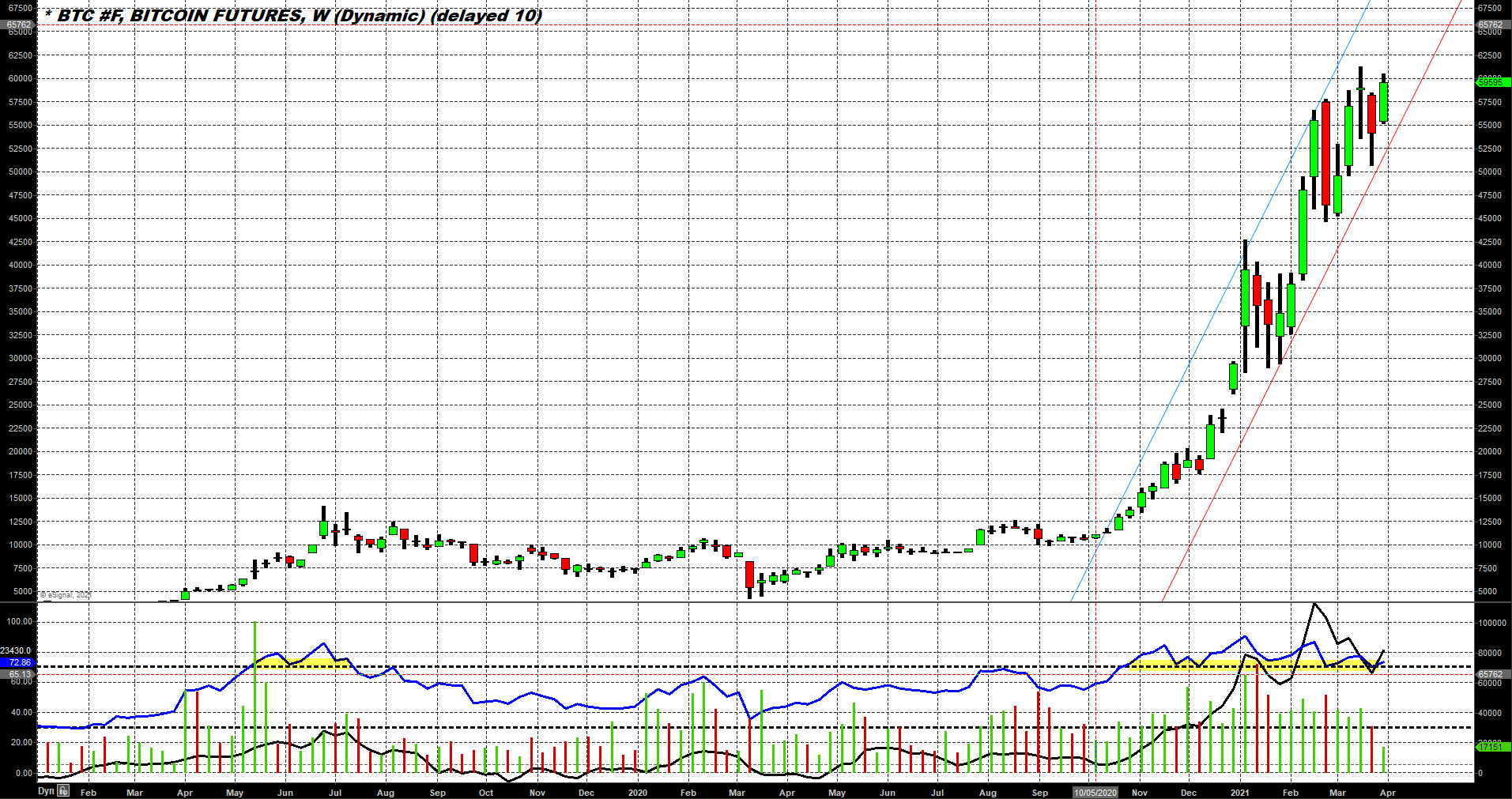 Oct. 21st was the day the fuse was lit by PayPal’s announcement of Crypto integration. This explosive growth was intensified by Tesla taking the first steps and helped lead other large corporations to look into benefits from blockchain. Suppose nothing else to grease the wheels of the typical payment process. The fact that Elon Musk started PayPal before he sold it and transitioned into Tesla, SpaceX, and other visionary endeavors may be entirely a coincidence. It is an intriguing one.

On our weekly candlestick chart, one more thing should not be overlooked. That is since mid-October when we entered this aggressively bullish channel is that it coincides with the first time the weekly RSI crossed above 70 a feat that was only accomplished for a two-month period during the rally of 2019. Since then, however this index was beneath the all-important band at 70 for fourteen months prior to Mid-October. Since breaking above 70 on the weekly RSI we have been in a historic bull run that took prices $50,000 higher in about six months all the while not deviating outside our trend channel with the RSI remaining above 70 for this entire period, currently pegged at 72.86. This is more evidence that we are in the midst of an extended fifth wave that will take us to a new all-time high and beyond.