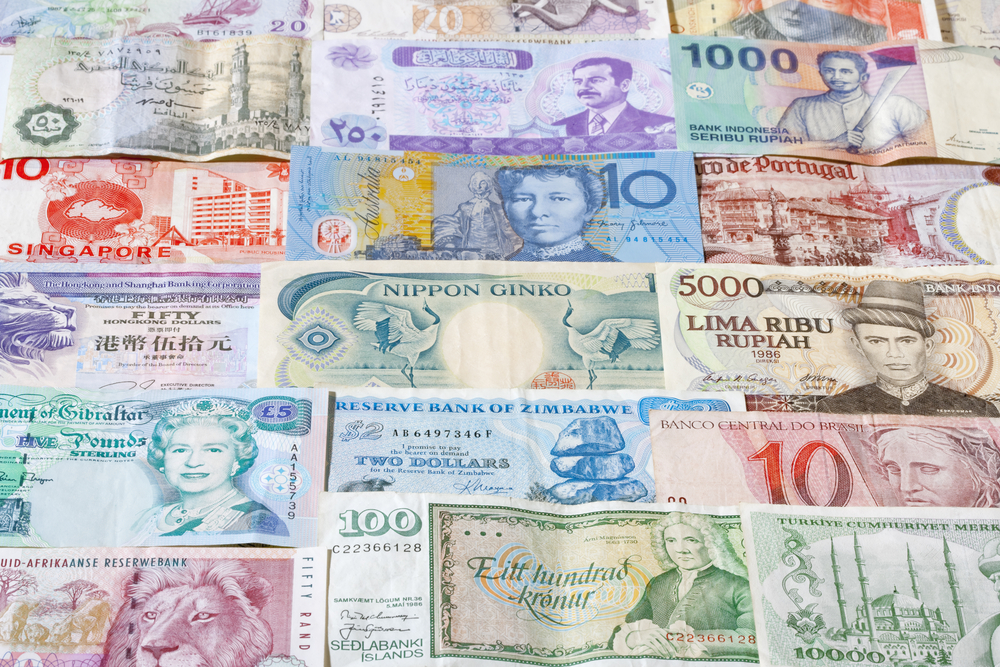 As we have noted before, short-term trend changes are common around the end of months and the US employment report, typically the first Friday of the new month.

Our review of several dollar pairs’ technical condition suggests a good chance that the greenback’s recovery carries into early June activity even though its initial gains ahead of the weekend were quickly pared. Without stronger interest rate support, it is difficult to see a significant near-term recovery. Here we put more weight on the December 2022 Eurodollar futures for Fed expectations than the 10-year yield, where the 20- and 50-day moving averages of the implied rate have converged around a little above 1.60% compared with a peak of around 1.77% at the end of March. The Eurodollar futures appear to be discounting a rate hike at the end of next year.

A small bottoming pattern appeared to have been carved out, but the Dollar Index was greeted by a wall of sellers after it popped above the 20-day moving average (~90.30) for the first time in a couple of weeks. If a correction has begun, the measuring objective of the bottoming formation and the (38.2%) retracement objective of the slide since the end of March (from almost 93.50) comes in near 91.00. Additional gains meet stronger resistance in the 91.50-91.70 area that holds the 200-day moving average and the next retracement objective (50%). The MACD and Slow Stochastic have turned up from over-extended territory.

The euro’s advance, which began from almost $1.1700 at the end of March, stalled in the $1.2245-$1.2265 band. ECB doves push against arguments in favor of reducing bond purchases. Month-end adjustments saw the euro retreat to around $1.2135 before the weekend before quickly snapping back to the $1.22 area. The first important technical test is seen at around $1.2050, the low from mid-May and the (38.2%) retracement objective of the rally from that March low.

A convincing break could spark a test on the $1.1975-$1.2000 area, where the (50%) retracement and 200-day moving averages are found. The MACD is turning down from the highs for the year. However, the Slow Stochastic did not confirm the new high in prices and is curled lower, leaving a bearish divergence in its wake.

The dollar pushed above JPY110 ahead of the weekend for the first time since April 6 but quickly sold off as the US 10-year yield fell back below 1.60% again. A bearish shooting star candlestick was formed. The JPY109.40-JPY109.60 offers initial support. The momentum indicators had turned higher for the dollar, and it did finish the week in the upper-end of the trading range since early April. Japan lags behind other high-income countries in its inoculation efforts and economic recovery, but US rates appear to be a more important driver of the exchange rate. A move above the pre-weekend high near JPY110.20 targets the JPY111 area.

For the first time in three years, sterling closed above $1.42 after a BOE official talked about higher rates next year. However, it held below the multi-year high set in late February, just above $1.4235. The lack of follow-through sterling buying after the outside up day on May 27 is consistent with a consolidative/corrective phase.

Perhaps, also encouraging the profit-taking are concerns that the economy-wide re-opening planned for June 21 may be delayed as the contagion and hospitalizations are seeing renewed increases. Initial support is seen in around 1.4080-$1.4100. However, the momentum indicators are turning lower. Stronger support is seen near $1.40.

The Canadian dollar snapped a seven-week advance last week with a small loss (less than 0.15%). Important chart support for the US dollar around CAD1.2000 held after repeated testing. Bottom pickers and profit-takers helped lift the greenback toward its 20-day moving average (~CAD1.2130) for the first time in a little over a month. Still, it held below the recent high (~CAD1.2145). Above there, the CAD1.2200 area offers resistance. The Slow Stochastic and MACD favor the greenback’s upside. For the past three sessions, higher lows have been recorded.

The Aussie’s price action appears to be among the most bearish of the currencies we review here. It reversed lower after failing to resurface above $0.7800 in the middle of last week (on the back of the RBNZ hawkish surprise) and finished the week a little above $0.7700 after retesting the lows for the month (~$0.7675).

A head and shoulders topping pattern appears to have been forged that projects toward $0.7500. That seems rather deep and requires the failure of the congestion support around $0.7600. The MACD and Slow Stochastic’s pullback is well advanced. The MACD peaked on May 11. The Slow Stochastic has been trending lower since April 21.

The US dollar saw two-week highs against the peso ahead of the weekend near MXN20.0770 and briefly frayed the downtrend line drawn off the month’s highs. However, the dollar reversed in North America and briefly traded below MXN19.90. The momentum indicators are mixed. The MACD has essentially moved sideways this entire month, while the Slow Stochastic turned higher a week ago.

The dollar appears range-bound. According to press reports, the campaigns for the June 6 legislative and local elections have been marred with the most violence in several years. AMLO’s party is expected to do well at the polls, but global investors might react less favorably due to the unfriendly investment environment.

The dollar’s bounce in Europe and North America ahead of the weekend may halt the yuan’s advance after a seven-day advance. Chinese officials will welcome the price action after warning against a one-way market. Some talk about the CNY6.35 as the possible pain threshold, but in our experience, PBOC officials are more sophisticated than that.

The official discomfort with the rising yuan may have been checked by the broader dollar weakness, but when the greenback bounces, they may have a freer hand to encourage a softer yuan. Initially, the dollar may have potential to recover toward CNY6.40, but there is a small gap from May 24-25 that extends from about CBY6.4150 to CNY6.4180 that may attract prices.