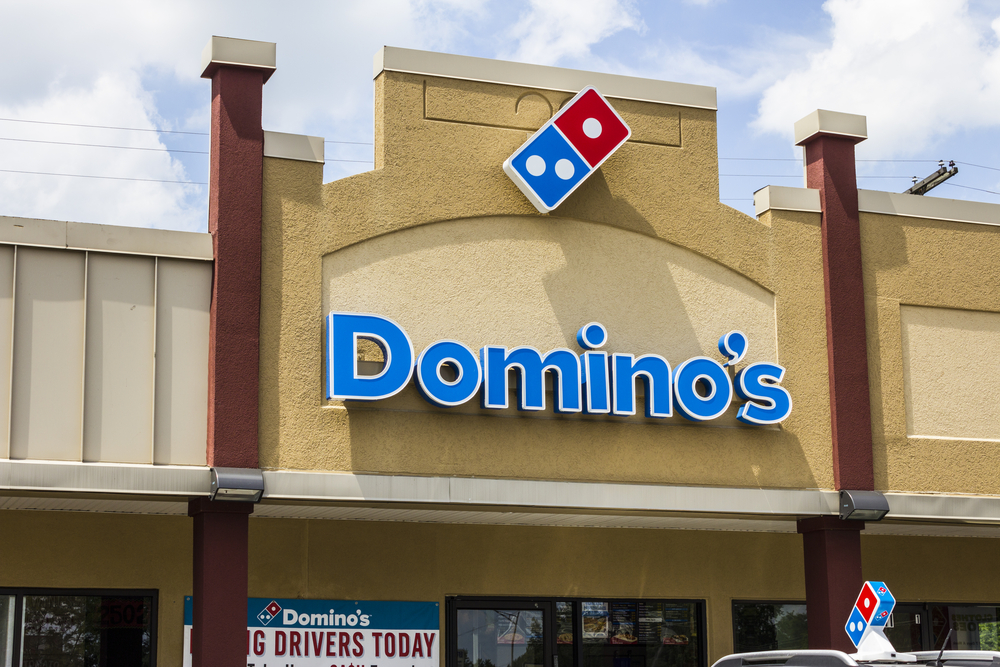 The world’s largest pizza restaurant by sales Domino’s is expected to report its third-quarter earnings of $3.11 per share on Thursday, which represents year-over-year growth of about 25% from $2.49 per share seen in the same period a year ago.

The company has beaten consensus earnings per share (EPS) estimates only twice in the last four quarters. The largest pizza chain in the world would post revenue growth of about 7% to around $1.03 billion.

Domino’s shares hit a record high after it reported better-than-expected earnings and revenue in the second quarter in July, largely driven by international and U.S. same-store sales growth and increases in global store counts during the trailing four quarters.

The better-than-expected number would help the stock recoup recent losses. Domino’s shares rose over 25% so far this year. The stock closed 0.17% lower at $479.48 on Monday.

“We nudge our 3Q domestic & international same-store sales above consensus, though maintain our EPS estimate due to less favourable FX than previously forecasted. We like shares’ risk/reward as 3Q21 consensus EPS appears reasonable and consensus 4Q21 domestic same-store sales estimates appear too low for a stock that has pulled back 12% since reporting strong 2Q21 results,” noted Andrew M. Charles, equity analyst at Cowen.

“Further, our industry checks suggest Domino’s (DPZ) franchisee/franchisor relations are as strong as they’ve ever been, suggesting continued strength in sales and cash flows. Should our 3Q21 domestic same-store sales estimate prove accurate, we see no reason why 4Q21 consensus domestic same-store sales estimates should embed 300 bps of deceleration, particularly with new menu innovation in the form of oven-baked dips & twists combos.”

The average price target represents a 13.90% change from the last price of $479.48. From those 20 analysts, ten rated “Buy”, ten rated “Hold” while none rated “Sell”, according to Tipranks.

Morgan Stanley gave the base target price of $564 with a high of $673 under a bull scenario and $389 under the worst-case scenario. The firm gave an “Overweight” rating on the company’s stock.