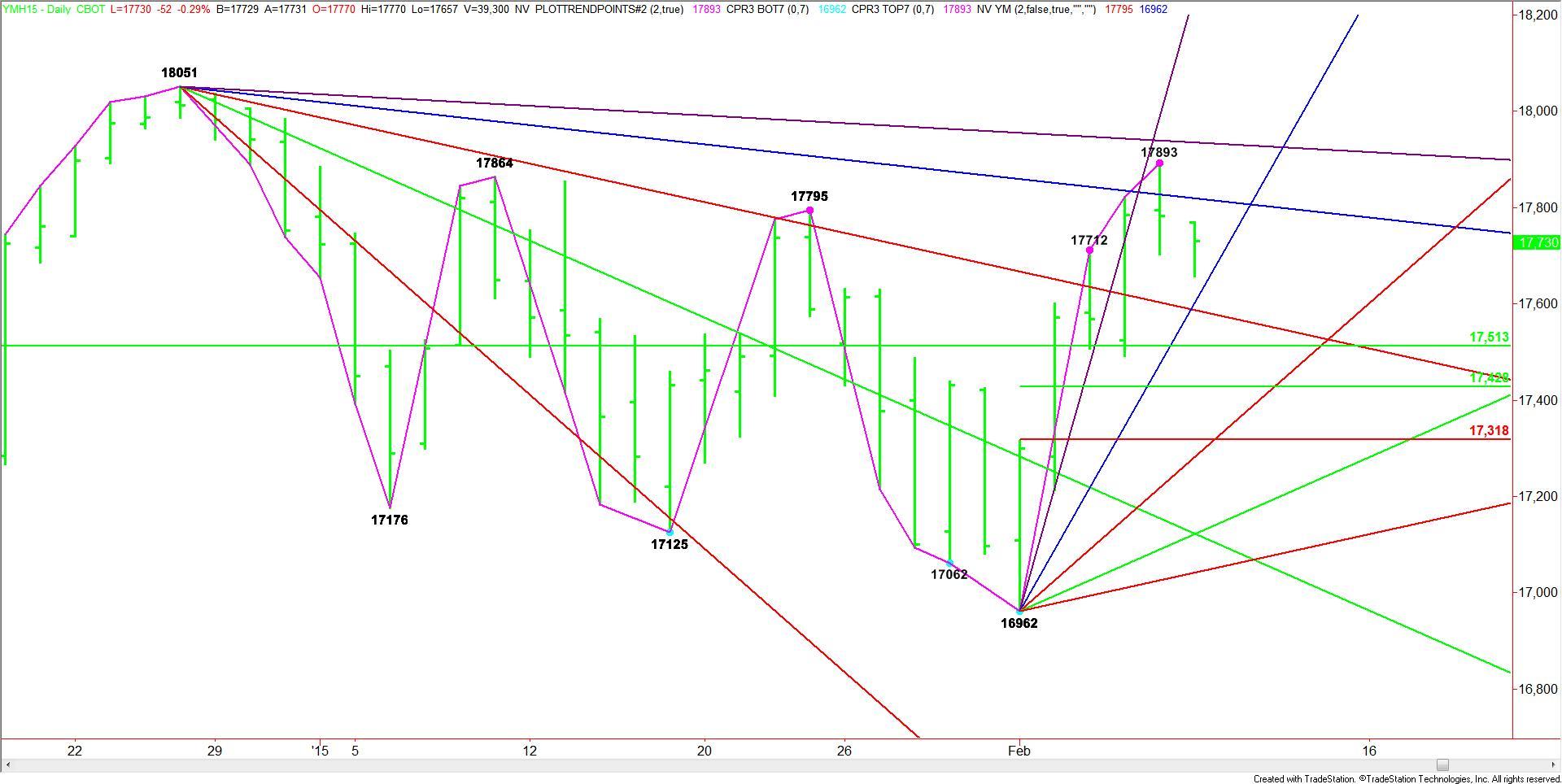 The March E-mini Dow Jones Industrial Average futures contract posted a potentially bearish closing price reversal top on Friday. This indicates that a short-term top may have formed, but not necessarily a change in trend to down.

On Friday, the Dow rallied early but fell short of a downtrending angle at 17935 today, stopping at 17893. The weak close makes the next angle at 17819 today’s first resistance target.

The first support angle today is at 17602. A break under this angle will be a sign of weakness, but the real damage will be done on a trade through a downtrending angle at 17587. This could lead to a spike down into the major pivot at 17513.

Since the closing price reversal top was confirmed in the pre-market session on the move under 17704, the selling pressure could continue down to the primary objective at 17427 to 17318.

Now that the market has taken out 17704, trader reaction the rest of the day to this number should set the tone for the day.

Fundamentally, Friday’s jobs report has traders worried about the possibility the Fed will begin raising interest rates as early as June. In addition, the stronger dollar and its impact on such companies as John Deere and Caterpillar is also helping to pressure the Dow.

Watch the price action and order flow at 17704. This should tell us whether sellers are coming in to complete Friday’s retracement top, or if investors are treating the pre-market weakness as another buying opportunity.