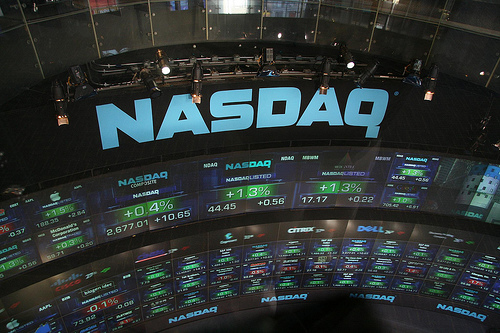 The main trend is down according to the daily swing chart. A trade through 4901.50 will turn the main trend to up. A move through 4754.50 will signal a resumption of the downtrend. Momentum turned up on Tuesday when buyers took out 4841.40.

Combining the two retracement zones creates a key area at 4805.50 to 4828.00. This is no man’s land. Holding inside this area is likely to create choppy trading conditions.

Based on the current price at 4820.25 and the early price action, the direction of the market today is likely to be determined by trader reaction to the uptrending angle at 4818.75.

A sustained move over 4818.75 will indicate the presence of buyers. The next rally is likely to be labored because of potential resistance levels at 4828.00 and 4845.50.

Watch the price action and read the order flow at 4818.75 today. Trader reaction to this angle will tell us if the buying is getting stronger, or if the sellers are still in control.