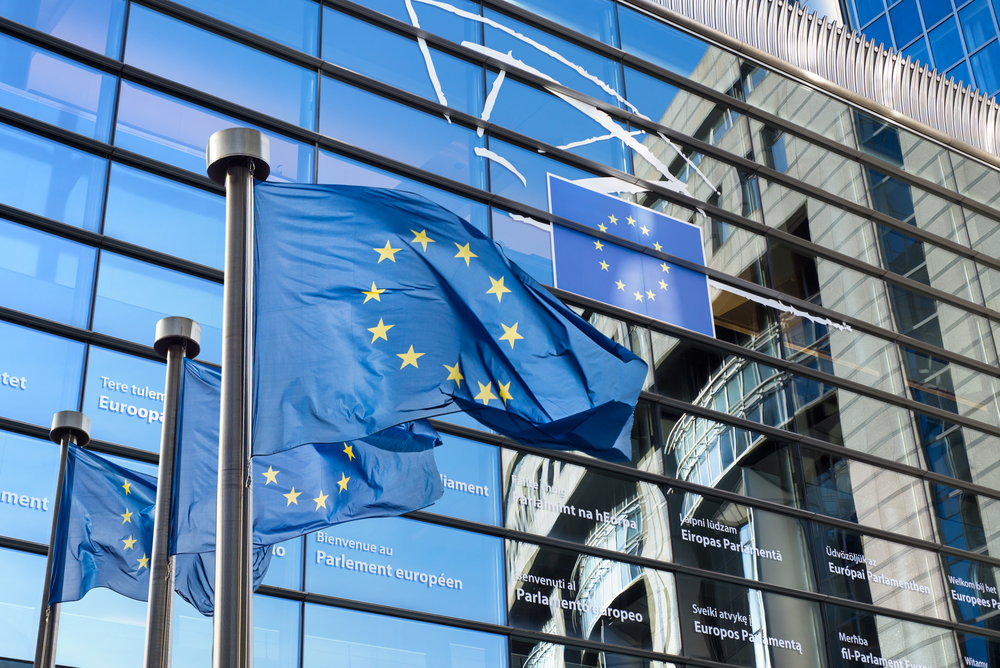 And for a good reason: at the end of the day, it does not really matter that much.

Since the ECB stepped up its bond purchases, the euro, yields, and premiums over Germany have risen. But, of course, there are other drivers of the capital markets, and that is the point. Even though the euro is often quoted to the hundredth a cent, the $6.6 trillion-a-day average turnover is not so exacting that what turns out to be a few billion euros of bond-buying a week makes much of a difference. The same general argument applies to the bond market, as well.

The more important issue that has yet to be fully recognized is that the ECB’s Pandemic Emergency Purchase Program is currently set to expire at the end of March 2022. Assuming the Federal Reserve begins to taper in Q4 21, it will probably still buying as PEPP closes. Of course, the ECB could extend the program, but the macro backdrop might make it politically difficult.

First, the EU’s fiscal initiative will most likely have begun distributing funds, providing added stimulus. Second, the OECD’s largest forecasts anticipate eurozone growth to exceed US growth in 2022, 4.4% to 3.6%. Bloomberg’s survey of private-sector economists shows an EMU beat of 4.2% to 4.0%.

The modest rise in European interest rates here in Q2 has been accompanied by macroeconomic data that have mostly surprised on the upside and an acceleration of the vaccination efforts. The 10-year Bund yield and the 10-year breakeven have risen by about eight basis points since the end of Q1. The EU plans on lifting quarantine rules for vaccinated people as of the beginning of next month. The recovery is gaining traction, and confidence in it is rising. Europe’s Dow Jones Stoxx 600 is at record highs, with a nearly 13.5% gain year-to-date, a little more than the S&P 500 (~12.5%).

As the economic news stream has improved, the political challenges are intensifying. No, this is not about the next April’s French election. Consternation has been expressed in some quarters that Le Pen is running ahead of Macron, but this is more Sturm und Drang. The election is 10 months away, and the vaccination program and economic re-opening can be expected to strengthen Macron’s standing. More importantly, we have seen this before.

Le Pen’s solid base helps it when there are many candidates. In a run-off final round, Le Pen loses. The German election is closer, and we can confidently say that Merkel’s successor will be elected. The latest polls show the CDU is back ahead. The Greens are in a close second. The SPD is likely to be relegated to third place. The bookmakers and political punters on Predict.Org favor CDU’s Laschet over the Green’s Baerbock as the next chancellor.

Brexit was a particularly uniquely British drama, but it also reflected a broader development of economic nationalism on the one hand and the hardening of the EU’s external walls on the other. Switzerland formally withdrew from talks to codify its 120 (more or less) bilateral agreements into one single framework. In Bern, it was a victory for the right-wing populist party SVP. Yet, it is the tip of the proverbial iceberg. Two years ago, Swiss equity markets lost the right to service EU investors. Since the middle of last month, Swiss companies have been stockpiling some goods such as medical equipment and industrial machinery due to the trade disruption that has already begun.

Norway holds national elections in September. The polls suggest a government can be forged where a majority no longer wish to be in the European Economic Area, (EEA) a free-trade agreement (excluding agriculture and fish) that brings the European Free Trade Area (Norway, Iceland, and Lichtenstein) and the EU together. The center-left coalition could replace the current center-right, but the power may ultimately reside with a small party whose support is needed to forge a government, as was the case in Switzerland.

And, lest we forget, Brexit is not completely over either. EU officials are increasingly frustrated with the UK’s refusal to fully implement Northern Ireland Protocol. The British negotiators had sufficient rope and hung themselves, some might say. A customs border in the middle of the Irish Sea was ridiculed by leading Tories, including former Prime Minister May. It is to Brexit what Dogecoin is to crypto. What began out as a joke turned into something serious. The joint committee on Brexit (EU and UK) will meet in the days ahead. Brussel’s goal is modest: set a joint approach for settling differences.

The day before the ECB meets on June 10, the Bank of Canada holds its policymaking meeting. At the previous meeting on April 21, the BoC was unexpectedly hawkish. It announced a slowing of its bond purchases and projected that the economic slack will be absorbed in H2 22, which opens the door to a rate move. Since the last meeting, the Canadian dollar has led the major currencies higher with a gain of about 3.4%. The market has discounted almost 60 bp in tightening by the end of next year. This seems too aggressive.

Canada’s jobs report disappointed for the second month in a row. Ahead of the weekend, Canada announced it shed some 68k jobs in May, which was more than twice as many as the median forecast in Bloomberg’s survey anticipated. It lost 207k positions in April. Canada has lost nearly 145k full-time jobs in April-May. Overall this year, Canada has grown less than 75k jobs. While not backtracking on its April assessment, the Bank of Canada can emphasize the uncertainty and variability of the re-opening of the economy and that patience is needed, which could help extend the consolidation/correction phase.

A few emerging market central banks meet (Poland, Russia, Chile, and Peru). Aside from Russia, they are wrestling with the same vexing issue. Price pressures are rising and are well above the policy rates, but the economies still need support. Peru’s presidential run-off is on June 6. Since the end of April, the Peru sol has fallen by about 1.8%, making it the weakest of the emerging market currencies after the Turkish lira’s 4.3% decline.

Incidentally, Chile holds elections in November. The Chilean peso has performed only slightly better sol since the end of April and is the third weakest of the emerging market currencies. New measures that allow drawdown on pension funds (fourth time) amid concerns about returns and nationalization have disrupted the equity market. Intervention to support the peso limited the reaction in the foreign exchange market.

Poland’s inflation is rising like Hungary and the Czech Republic (4.8% year-over-year, twice the rate seen as recently as February), while the policy rate is a lowly 10 bp. A move at the June 9 meeting seems unlikely as bond purchases continue. Still, the market appears to be aggressive in pricing in a policy rate of nearly 40 bp by the end of the year.

Russia’s central meets on June 11. It has hiked rates by a total of over 75 bp at the past two meetings to bring its key rate to 5.00%. Inflation is rising. It stood at 5.5% in April and is expected to have moved closer to 6% in May. A 25 bp hike is expected, and the risk of a 50 bp move is greater than the risk of its standing pat. Despite oil prices rising more than a third this year, the rouble has risen a modest 2.25% against the dollar. The correlation (rolling 60-day) of the change in the ruble and the change in Brent oil price peaked a year ago near 0.66. It is near 0.20 for the past 60 days.

Last but not least, in the week ahead, both the US and China report May CPI figures. US CPI is still accelerating, but the good news is the base effect peaked last month. In May 2020, the headline and core measures of US CPI fell by 0.1%. They are expected to be replaced in the 12-month measures by a 0.4% increase in both. This will lift the year-over-year rate to around 4.7% and 3.5% for the headline and core rate. In 2020, the headline CPI rose by 0.5% in both June and July. As these drop from the year-over-year pace will likely stabilize and maybe even slip a bit. The core rate rose by 0.2% last June and 0.5% last July.

We quickly add two caveats. First, the Fed does not target CPI but the PCE deflator. Although officials talk about the core rate, the target applies to the headline rate. Second, Fed officials recognize that temporary and technical factors are behind the price pressures and will look past the near-term rise. Words like temporary and even the Fed’s use of average as in target of the average inflation rate are very slippery and have not been defined. While this allows the Fed maximum flexibility, it is not entirely satisfactory to investors and businesses.

China’s consumer inflation bottomed at the end of the last year, but deflationary pressures were still evident in January and February when CPI was still below zero year-over-year. Even though on a month-over-month basis, China’s CPI fell by 0.5% and 0.3% in March and April, respectively, the year-over-year pace accelerated from -0.2% in February to 0.9% in April. Prices are expected to have accelerated to a 1.6% year-over-year pace in May. That would be the highest since last September.

With the single exception of January 2020, Chinese producer prices fell on a year-over-year basis from mid-2019 through the end of 2020. On the other hand, US producer prices rose by 1.0%-2.0% year-over-year in H2 19. The deflation in producer prices was experienced in April through August last year. Still, the driver was not so much in China per se as the economic consequence of the disruption and shutdowns related to Covid.

Some observers are concerned that the rise in China’s PPI will fuel higher US CPI. It is possible but doubtful. First, Americans, like others from high-income countries, spend more on services than goods. Services typically are not commodity-intensive. Second, the biggest components of CPI are health/medical related and shelter, which also do not appear to be driven by the commodities. Third, even many of the goods consumers purchase tend not to be raw material intensive. Surely this is true of most electronic products (e.g., computers, cell phones). What about an auto, you ask. The direct raw material costs are estimated at around $3k.

Indeed, Peter Drucker identified the decoupling of the commodity economy from the industrial economy as a key feature of the modern economy back in Foreign Affairs in 1987. He would not be surprised, nor should we, that while Chinese producer prices were falling from mid-2019, US consumer prices were rising at a 1.7%-2.5% year-over-year rate until the pandemic struck. The yawning gap in China between consumer and producer prices may say something about the profit margins of some Chinese companies or the risk of stronger consumer inflation. Still, it does not appear to say very much about consumer prices in the US.