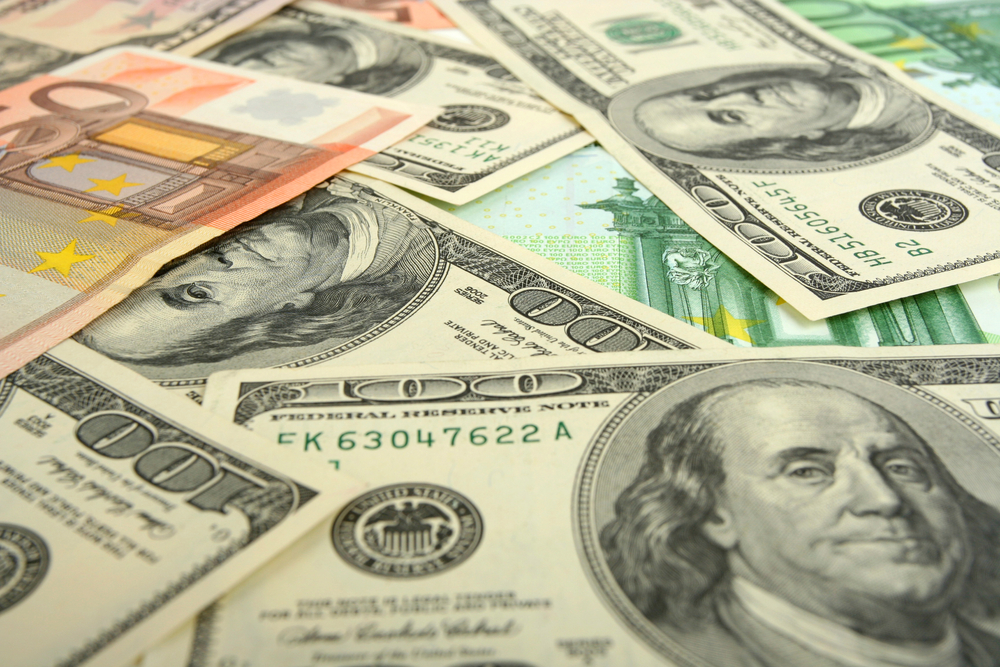 In some cases, like the EURUSD, it is still just a correction or at least looks like it but on other instruments, we may be witnessing something more promising.

In today’s piece is the EURCHF where we can see a really handsome bullish pattern. Since the end of February, the EURUSD was inside a symmetric triangle pattern, which was created after a strong down trend. May brought us a switch in the sentiment, which resulted in a bullish counter offensive, which managed to crash all major, mid-term resistances.

The first one, was the upper line of the triangle. That ended the correction and was the first step towards the bullish sentiment. Then, the price managed to break two horizontal resistances, pretty close to each other but each one seemed to be relevant and respected. The last one was the long-term down trendline (blue).

A breakout is one thing but stating the above is another. Last week, ended with a test of the broken resistances as supports. The test was positive for buyers and ended with the price aiming higher. That means that crucial levels were defended and the price should not drop any lower. It seems that in the next few days and weeks, the EURCHF should be aiming north. The positive sentiment is on the table, as long as the price stays above 1.033 (lower orange), the price coming back below would be a sell signal but chances for that are now rather slim.