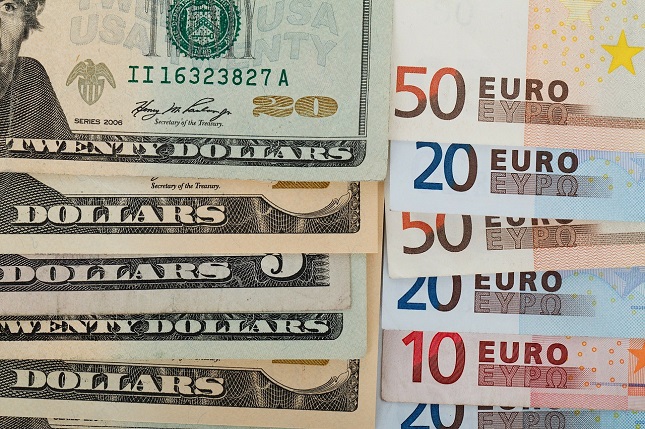 Last week’s failure around 1.1260 resistance has reintroduced selling pressure in EUR/USD which led to a bearish engulfing candle on a weekly chart. As often expected with such a candlestick pattern, rallies this week have been short and met with sellers. The pair is now at a fairly important inflection point as it is seen testing support from this month’s spike low at 1.1135. On a daily chart, the pair is clearly seen trending lower as an ascending trend channel has encompassed price action for most of the year thus far. However, one thing to note is the general lack of selling pressure, especially when compared to price action last year around this time. This is evident by the recovery rallies that have followed each time EUR/USD has made a marginally lower low for 2019.

In addition to several Purchasing manager index figures scheduled for release today and ECB monetary policy meeting minutes, the European Parliament election start today. The PMI data reaction was relatively muted as the pair held within a roughly 10 pip range during the several releases. Eurozone flash Manufacturing and Services PMI figures fell short of analysts expectations but an initial spike below support was promptly reversed. The ECB minutes often elicit a muted reaction similar to the PMI data, unless it contains information that is notably different from the earlier released rate statement and press conference.  The election stands to have some impact, however, results won’t be released until May 26. Although the technical outlook points to selling pressure, a sustained break might require some form of a catalyst.

For the session ahead, the first level of overhead resistance is found at 1.1144 as the level triggered a bounce in the early week.  Technical traders will be mindful of candle closes on an hourly chart as some initial buying in early European trading from 1.1135 support may lead to a doji candlestick which signals indecision. Above 1.1150 a stronger resistance level is found at 1.1150 as the hourly chart shows that the level acted as support on several tests since late last week. In the event of a sustained break above the level, sellers may consider positioning at a resistance confluence found near 1.1170. The area contains a horizontal level as well as the upper line from a declining trend channel that has contained price action since around the middle of the month.

To the downside, EUR/USD has already made a marginal break below the early May low of 1.1135 which has likely triggered some stops from weak hands.  A sustained break shows further support at the April low of 1.1109. Bears that are focused on 1.1135 support are likely looking for a move towards the  1.0975 – 1.10 area which is considered to be major support for the pair.