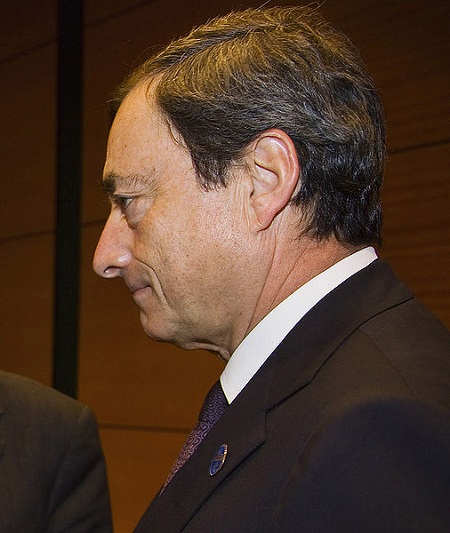 Mario Draghi held his last press conference as ECB President on Thursday. The meeting was generally uneventful and accompanied less volatility in the markets than usual.

Draghi is famous for saving the euro after saying the ECB will do “Whatever it takes” back in 2012. The ECB then implemented unconventional monetary policy measures to support the eurozone after battling the sovereign debt crisis of 2011.

Draghi’s 8-year tenure will end at the end of the month and he will be succeeded by Christine Lagarde.

EUR/USD initially rallied toward 1.1150 during the press conference but saw some momentum-driven selling at the end of it which drove the pair back below a technical area at 1.1129.

One driver for strength in EUR/USD in October has been optimism towards an orderly Brexit. This seems to be fading as the UK was not able to ratify a Brexit deal on time for an exit by the October 31 deadline. An election may take place in the UK to try and get around the impasse in parliament. This has added uncertainty which has weighed on both the British pound and the euro.

EUR/USD has fallen back below an important resistance confluence seen near 1.1129. This area consists of a horizontal level that held it higher in April and May. Further, the 100-day moving average falls near the level to create a confluence.

The currency pair is recovering in the early day, but I suspect sellers will attempt to defend this level if it were retested.

The turn lower in the pair occurred as the dollar index (DXY) bounced from its 200 DMA. EUR/USD fell short of testing the same indicator.