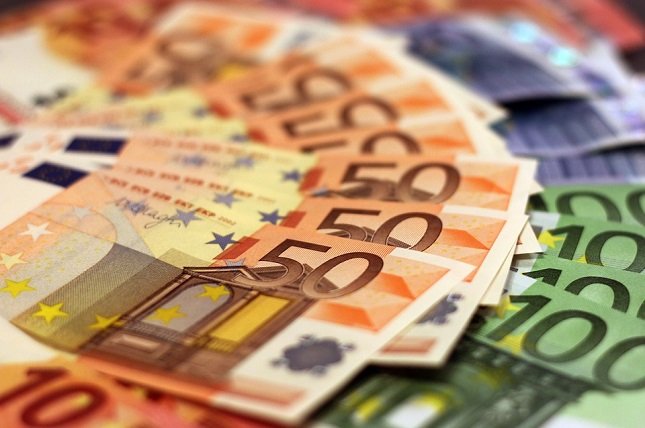 The EURUSD pair started the week on a flat note and remained below 1.15 handle for the majority of Asian market session on muted investor sentiment over mixed European macro data released last Friday. However, a liquidity thin market helped the common currency gain some ground in early European market hours pushing the pair above 1.16 handle.

As of writing this article, the pair was trading at 1.1613 up 0.09% on the day. Spot has regained the bid tone on Monday following two consecutive sessions with losses, although finding decent contention in the 1.1600 neighborhood for the time being. Despite the positive note during the European morning, EUR should remain cautious after credit rating Fitch revised lower its outlook on Italy to negative from stable over the weekend.

The dollar held steady near one-week highs against a currency basket on Monday as concerns over global trade tensions and instability among emerging market currencies underpinned safe-haven demand in a holiday thin market. Concerns over an escalation of the trade row between the U.S. and China weighed on market sentiment, with the Trump administration preparing to impose a fresh round of tariffs on Chinese imports. U.S. President Donald Trump said last week he was ready to implement tariffs on an additional $200 billion worth of imports from China as soon as Thursday. The step would escalate the trade row with Beijing, given that the U.S. has already slapped tariffs on $50 billion of Chinese imports.

On another front, EUR speculative net shorts rose to 3-week highs in the week to August 28, as per the latest CFTC report. In the data space, German final manufacturing PMI came in at 55.9 and the EMU’s gauge at 54.6 for the month of August. The recent upward pressure has eased as EUR staged a surprisingly sharp decline last Friday and took out the 1.1590 ‘key support’.  A break of 1.1590 suggests that a short-term top is in place. In other words, EUR is not expected to move above last week’s 1.1733 peaks for the next one week. Further upside move is limited as Euro lacks fundamental strength.