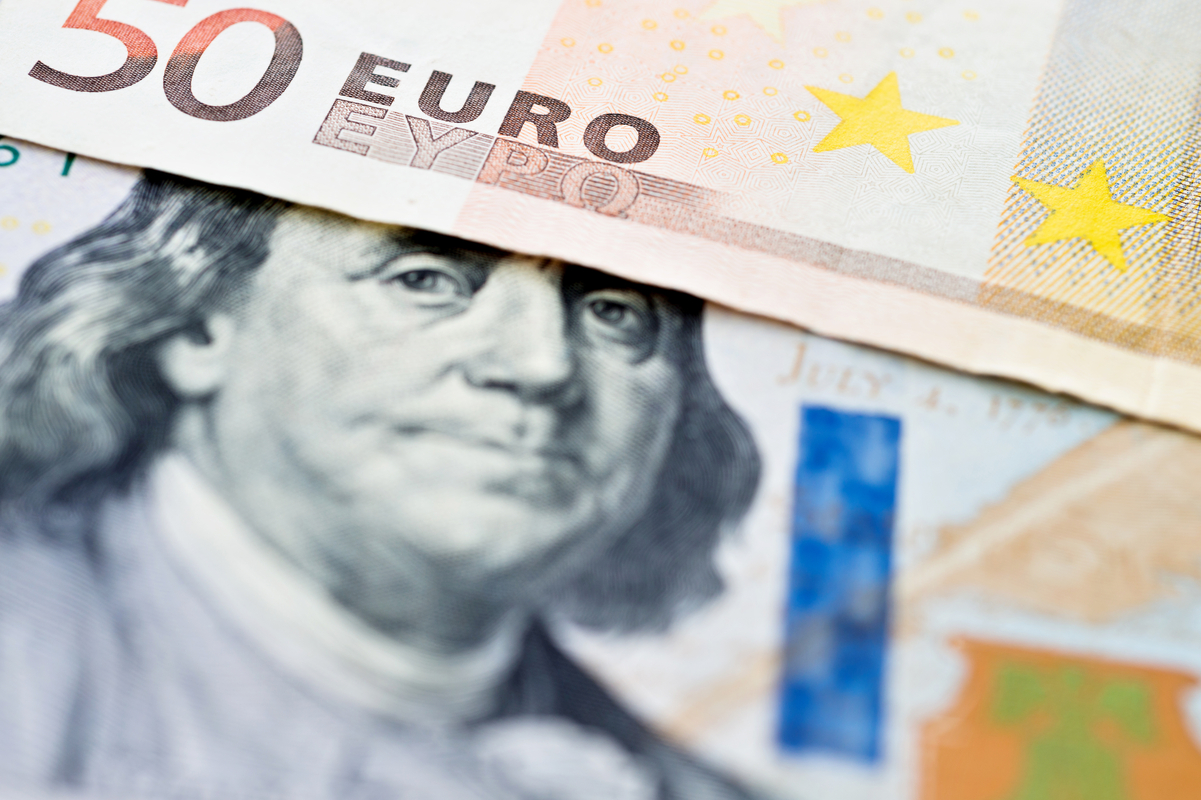 EUR/USD Unable to Break Above Upper-1.02s Despite Large ECB Hike

The euro derived support on Thursday after a larger than expected rate hike from the European Central Bank and following the resumption of Russian gas flows to Europe via the Nord Stream 1 pipeline. However, EUR/USD was again unable to push beyond its recent highs in the upper-1.02s and was last trading back below the 1.02 mark and broadly flat on the day.

The ECB delivered a 50 bps rate hike on Thursday despite the central bank’s previous guidance that it was planning a 25 bps move. A report earlier this week had hinted that a larger move was on the table, but going into the meeting investors still weren’t convinced. The ECB’s hike lifted its benchmark deposit rate to 0.0%, ending an eight-year negative interest rate experiment and marking the bank’s first rate hike in 11 years.

The ECB said that further normalization would be appropriate at upcoming meetings. In the post-meeting press conference, ECB President Christine Lagarde said the bank had now abandoned its old forward guidance (that had said a 25 bps rate hike in July and a 50 bps hike in September), saying the central bank would instead take a data-dependent meeting-by-meeting approach. Some saw that as a sign that the ECB pushing back on expectations for a 50bps rate hike in September.

The ECB also unveiled the details of its new Transmission Protection Instrument (TPI), which is designed to prevent an “unwarranted” blowout in Eurozone bond yield spreads. In other words, to prevent a repeat of the 2011/12 Eurozone debt crisis which saw wild swings in the borrowing costs of countries like Italy, Spain, Greece and other highly indebted Eurozone nations.

However, in order to get such assistance from the ECB, countries will have to meet certain criteria, meaning that there is no guarantee they will benefit from the TPI. Some traders argued that uncertainty about access to the TPI was another reason why the euro struggled to hold onto gains.

Euro traders are monitoring a political crisis in Italy after the collapse of the nation’s ruling government coalition headed by Italian Prime Minister Mario Draghi on Wednesday. Draghi subsequently handed his resignation in to Italian President Sergio Mattarella and an election is expected in late Q3/early Q4, with Mattarella having dissolved parliament.

USD/JPY Slips Under 138.0 on Falling US Yields

US yields fell across the curve on Thursday after data showed weekly US jobless claims rose to its highest level in eight months, though remained at healthy levels, indicative of a modest cooling of the US labour market. Meanwhile, the July Philadelphia Fed manufacturing survey deteriorated to its worst level in a decade (excluding the 2020 pandemic shock).

Thursday’s downbeat data seems to have contributed to a pick-up in US slowdown fears, despite the tone of corporate earnings having been mostly upbeat so far just over one week on from the start of the reporting season, hence the bond market reaction. The drop in US yields helped the rate-sensitive yen outperform and helped push USD/JPY below 138.0.

The yen was unresponsive to a characteristically dovish policy announcement from the Bank of Japan during the Asia Pacific session. The bank doubled down on its pledge to maintain rates at 0.1% and its YCC policy of keeping 10-year government bond yields near 0.0% for the foreseeable future, despite raising its inflation forecast, which predicted inflation above the BoJ’s 2.0% target in the coming year.

“The economy is in the midst of recovering from the pandemic… (and) Japan’s worsening terms of trade are also leading to an outflow of income,” Kuroda said in the post-meeting press conference. “As such,” he continued, “we must continue with our easy policy to ensure rising corporate profits lead to moderate wage and price growth”. Kuroda also ruled out the possibility of using rate hikes to support the yen, which is currently trading near 24-year lows versus the US dollar.

GBP/USD chopped within a 100 pip range between the 1.1900 and 1.2000 levels on Thursday, with the pound undermined by worrying UK government borrowing figures released in the European morning. Data showed the size of the UK’s monthly budget deficit rose to its highest level since April 2021 amid rising debt costs as the Bank of England raises interest rates, highlighting some of the challenges that a new PM will face.

Technicians noted how in the past few days, cable has been unable to rally above its 21-Day Moving Average, which currently sits just above 1.20. With the ruling Conservative Party leadership contest now narrowed down to just two candidates, former Chancellor of the Exchequer Rishi Sunak and former Foreign Minister Liz Truss, pound traders will be monitoring UK political developments. A final vote on who replaces Boris Johnson and Conservative Party leader and UK PM will occur on 6 September.

Elsewhere in G10 FX, the Aussie gained slightly versus the buck, with AUD/USD recovering back above 0.6900, while NZD/USD languished in the low 0.6200s. USD/CAD, meanwhile, held close to recent multi-week lows under 1.2900, with the loonie resilient despite weakness in oil prices.