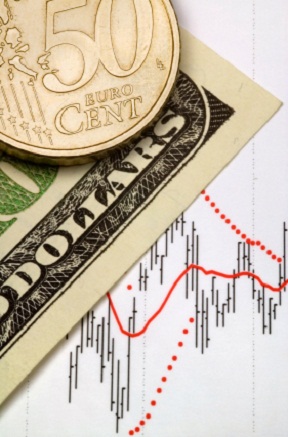 The Euro is trading flat on Monday after giving back earlier gains. The limited price action and follow-through to the upside following Friday’s dramatic reversal rally suggests short-covering and buy stops are driving the price action rather than new buying.

The catalyst underpinning the Euro is Federal Reserve Chairman Jerome Powell’s speech on Friday in which he disappointing bullish U.S. Dollar investors by suggesting the Fed would remain accommodative toward ending its massive stimulus program until at least the end of the year.

Powell’s comments weren’t bullish for the EUR/USD per se, but rather short-term dovish for the U.S. Dollar. In my opinion, bearish investors are merely adjusting positions to reflect a change in the anticipated timeline for the start of tapering.

Although traders read Powell’s comments as somewhat dovish, the Fed is still on track to begin tapering policy while the European Central Bank (ECB) is still being accommodative. The advantage will still be to the U.S. Dollar after the current position-adjusting is over.

The main trend is up according to the daily swing chart. The trend turned up earlier today when buyers took out 1.1805. The rally stalled at 1.1810, however, suggesting the change in trend was driven by short-covering rather than aggressive buying.

A trade through 1.1810 will signal a resumption of the uptrend. A move through 1.1664 will change the main trend to down.

The minor trend is also up. A trade through 1.1735 will change the minor trend to down. This will shift momentum to the downside.

The direction of the EUR/USD on Monday is likely to be determined by trader reaction to 1.1796.

A sustained move over 1.1796 will indicate the presence of buyers. The first two upside targets are 1.1810 and 1.1820. The latter is a potential trigger point for an acceleration to the upside with 1.1856 the next likely target.