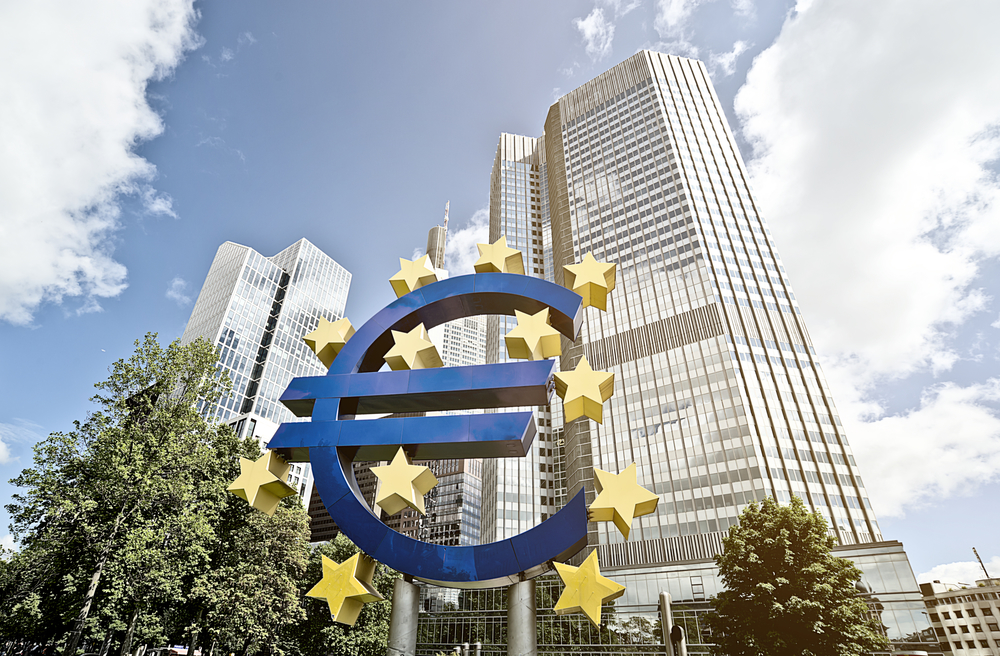 The Euro is trading lower against the U.S. Dollar after posting a volatile two-sided trade earlier in the session. The whipsaw price action is likely being fueled by the effects of the coronavirus on the Euro Zone economy, which are still unknown. Although some traders are arguing the negative impact from the virus has already been priced into the region.

“The just-released minutes of the ECB’s meeting in January illustrate the well-known phenomenon that ECB members have several rounds to alter the draft and often indirectly start factoring in developments since the actual meeting. While the introductory statement and the press conference after the January meeting tried to present a somewhat more upbeat tone, the details of the minutes modify this optimism,” ING wrote.

Luis de Guindos, Vice-President of the European Central Bank (ECB) noted on Thursday per Reuters, the outlook for the global economic activity outside the Euro Area has been showing some signs of improvement recently.

The main trend is down according to the daily swing chart. The downtrend was reaffirmed earlier today when sellers took out yesterday’s closing price reversal bottom at 1.0782.

Yesterday’s closing price reversal bottom was confirmed shortly after the opening, but was negated later in the session. This suggests that yesterday’s reversal failed to shake out the major short-sellers. Nonetheless, today’s price action is also indicating a reversal bottom could be forming.

Based on the early price action, the direction of the EUR/USD the rest of the session on Thursday is likely to be determined by trader reaction to yesterday’s close at 1.0807.

A sustained move under 1.0807 will signal the presence of sellers. This could lead to a retest of the intraday low at 1.0778. Taking out this level will signal a resumption of the downtrend.