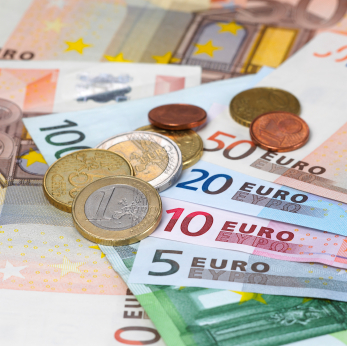 The Euro is climbing against the U.S. Dollar on Tuesday amid expectations of higher interest rates from the European Central Bank (ECB). On Monday, ECB policymaker Francois Villeroy de Galhau said a weak Euro threatened price stability in the currency bloc.

An ECB rate hike is not guaranteed, however, due to deteriorating economic conditions. The central bank is not in the same position as the Federal Reserve, for example, to raise rates, despite rising inflation.

The common currency is also being underpinned by a weaker greenback. Nonetheless, worries that escalating tensions with Russia could lead to a gas embargo, a recession in the Euro Zone and prevent the ECB from lifting interest rates are capping the Euro’s prospects.

“There is undoubtedly a risk that the ECB might have to delay its lift-off in the end or that it will not hike interest rates as much as it currently seems willing to do,” Commerzbank analyst You-Na Park-Heger wrote in a morning note.

US Retail Sales Could Fuel Volatility

Today U.S. retail sales report, due to be release at 12:30 GMT, is expected to show that retail sales increased by 1.0% during April and core retail sales rose by 0.4%. The report will reveal information on how consumers are spending in the wake of inflation hovering near a 40-year high.

A strong report will justify the aggressive tone from the Fed. Treasury yields are likely to rise on the news, which would likely cap the EUR/USD.

A weak report could be an early sign of economic weakness. Although it probably won’t derail the Fed’s plans for 50-basis point hikes in June and July, it could put a cap on future rate hike expectations. This may strenghen the EUR/USD, at least temporarily.

Trader reaction to the pivot at 1.0498 is likely to determine the direction of the EUR/USD into the close on Tuesday.

A sustained move over 1.0498 will indicate the presence of buyers. If this creates enough upside momentum then look for a surge into the resistance cluster at 1.0642 – 1.0645.

A sustained move under 1.0498 will signal the presence of sellers. This could trigger a quick break into the minor pivot at 1.0455. If this fails to hold then look for a test of the support cluster at 1.0354 – 1.0339. The latter is a potential trigger point for an acceleration to the downside with the next major target the January 8, 2003 main bottom at .9860.