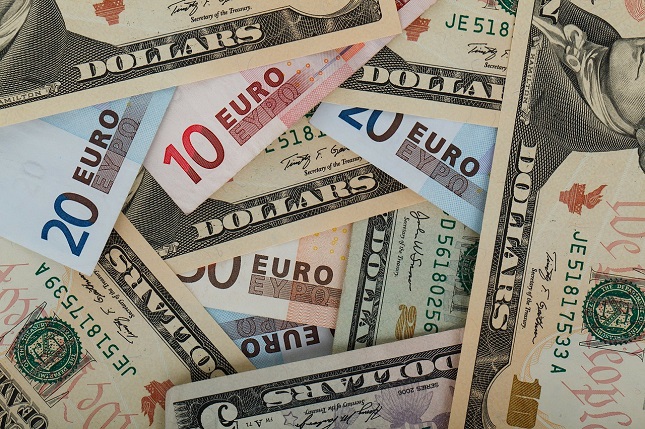 The EURUSD pair is currently trading range bound for the fourth consecutive trading session. A lack of headline that could influence a breakout and silent economic calendar schedule can be blamed as the main reason for the ongoing rangebound price rally. While European market saw news of progress in Brexit front, the momentum from same was short lived as speculations from headlines failed to materialize in the market while PM May continuing to lose home in her nation also added to common currency’s woes. Meanwhile, the most awaited US Fed meeting minutes update and a speech by Fed member Robert Kaplan sent mixed signals in the market which resulted in Greenback bulls lacking the strength to make a breakout despite recovering some strength and seeing a slight rebound in the broad market.

While there was no obvious mention of rate hike plans for 2019 visible in meeting minutes for the month of January, the report stated that the U.S. economy and labor market remained strong. This was viewed by many investors are hopes for a possible rate hike by the US Federal Reserve in 2019 and gave US Greenback a fresh wave of positive influence in the broad market. However, Fed member Robert Kaplan during his speech reiterated that Fed is going to maintain a patient approach to rate hike plans as global deceleration is likely to continue and resulting weaker business outlook is a reason to maintain a cautious stance. He also mentioned that confusion caused by the recent government shutdown and treasury yield curve which hints at a slowdown in economic growth are also reason to maintain a patient approach to rate hike plans. With Neither USD nor EURO having the strength required to make a breakout, the pair is trading range bound near recent highs for the fourth consecutive session. As of writing this article, EURUSD pair is trading flat at 1.1326 down by 0.07% on the day.

Moving forward, investors await ECB’s January meeting minute and Euro area PMI’s for directional cues. The day ahead is filled with multiple high impact macro data updates scheduled to release in both European and US market hours and this is expected to keep price action highly volatile for rest of the day. US market will also see the release of PMI’s and existing home sales data, core durable goods order data and Philadelphia Fed manufacturing index data. These updates are expected to provide plenty of short term profit opportunities.  But directional cues will be decided from a speech by ECB Chief Economist Peter Praet following the release of ECB meeting minutes when further details on ECB’s TLTRO plans are expected to be announced and the update is expected to provide short term directional bias for pair’s price action. Expected support and resistance for the pair are at 1.1300, 1.1260 and 1.3185, 1.1420 handles respectively.