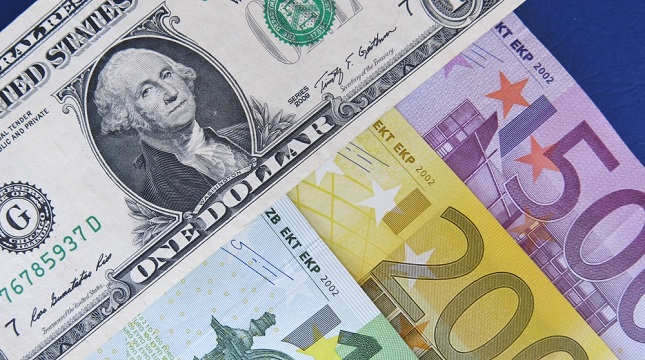 The Euro went back and forth during the bulk of the week but ended up slightly positive. Ultimately, this is a market that still sees a lot of resistance near 1.19 level that extends to the 1.20 level. With that being the case, it makes quite a bit of sense that we have pulled back a bit. Ultimately though, we do need to make a decision but that does not necessarily mean we need to make it right now. The 1.19 level extends to the 1.20 level as far as that massive resistance is concerned, just as the 1.15 level extends higher to the 1.16 level for support. At this point, I do believe that it is probably only a matter of time before we pull back into the bulk of the range.

Currently, people are starting to price in the liquidity measures made by the ECB and the Federal Reserve. Ultimately, this is a scenario where neither central bank looks overly hawkish, so I think that although we have rallied quite significantly over the last several months, we may be running out of steam. Furthermore, we are starting to get towards that time a year where things get quiet in general, so do not be surprised if we stay through in this range between now and the end of the year. However, if we were to break above the 1.20 level, then it opens up the possibility of a move towards 1.25 handle. Growth is almost nonexistent right now, although the most recent numbers have been somewhat bullish globally, the reality is that we have not recovered completely from the pandemic.