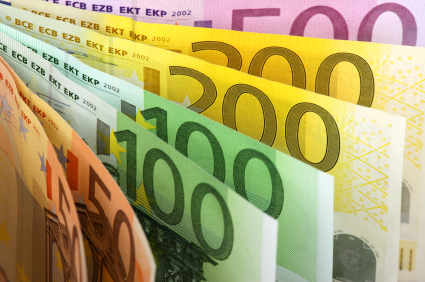 The Swiss Franc maintains its strength and strong appeal in the market amid the rising uncertainty and pressures and haven demand is keeping the EUR/CHF biased to the downside with the upper hand still Swiss!

On Wednesday renewed debt woes in the euro area supported the franc to gain more stability and continued to trade around its historic highs versus the euro.

The euro weakened further after German finance minister Wolfgang Schaeuble said they are not going to issue “any blank checks” to fund the bond purchases. His comments fueled already lingering fears that the EFSF is not sufficient to prevent a crisis in Italy and Spain which are too big to fail and the fund is surely insufficient to salvage them.

The focus in the market remain on the high uncertainty over the outlook for the debt crisis in Europe, the debt ceiling debate in the United States and the future of the global economic recovery and this heightened uncertainty is keeping the haven demand evident on swissy and favors the currency for more gains versus the euro.

On Thursday the market will focus on the vote in the United States on Boehner’s tow-step plan to raise the debt ceiling and cut $3 trillion in expenditure, the vote was already postponed from Wednesday and President Obama already threatened a veto. The jitters will prevail and will affect even the EUR/CHF and the strength of swissy with haven demand.

Other news that will affect the pair will start from Germany at 07:55 with the jobs report for July. Unemployment change is expected with a drop of 17,000 improving from 8,000 thousand added in June. Unemployment rate seasonally adjusted is expected to hold at 7.0%.