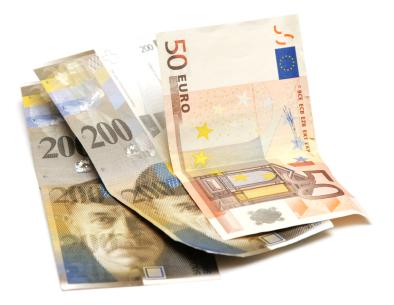 The EUR/CHF popped to life today on statements and news from the SNB. In an article published by Bloomberg, states:

Jordan, speaking at the same event in Frankfurt as Weber, signaled that the SNB was running out of tools as the franc ascended to a record last year, which threatened export competitiveness and economic growth. The ceiling was “really the only effective option we had at that time available to combat the acute threat,” he said.

“There’s a general increase in risk aversion,” he said. “It may well happen that some people out there might be tempted to test the SNB’s resolve. It’s a bit like poker — the SNB may have bad cards, but it has the deepest pockets.”