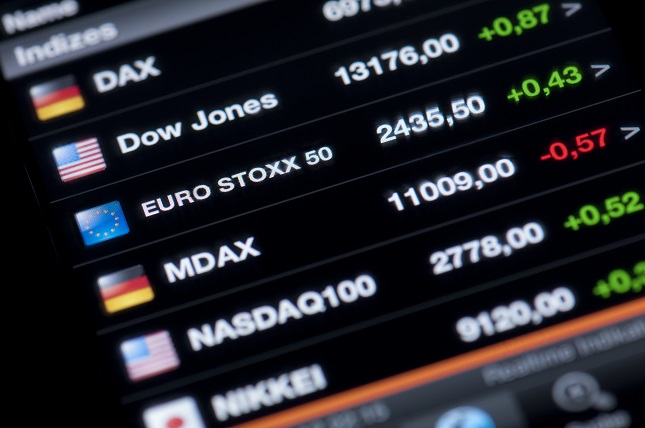 It wasn’t much better in the U.S markets, which pinned back any hopes of a recovery for the European majors. The Dow ended the day with a 1.06% loss, with the NASDAQ down by 1.58%.

Trade war jitters continued to plague the global financial markets, with economic data out of both the Eurozone and the U.S adding to the negative sentiment.

Economic data released through the session was on the heavier side on Thursday. Germany’s 2nd estimate GDP figures for the 1st quarter, prelim May private-sector PMI numbers and Germany’s IFO Business Climate index figures provided direction through the early part of the day.

While Germany’s 2nd estimate GDP numbers were in line with prelim, both private sector PMI and business sentiment figures disappointed.

According to prelim figures, Germany’s manufacturing PMI fell from 44.4 to 44.3, falling short of a forecasted increase to 44.8.

The lack of new business and slide in backlogs led to a pullback in hiring. A material shift in labor market conditions would leave the ECB with little choice but to make a move. It won’t be the start that Draghi’s successor will be looking for…

On the day, the only bright spot was a pickup in private sector activity, with both the services and manufacturing sectors reporting a pickup in activity. It wasn’t enough to soften the blow on the CAC40, however.

If things weren’t bad enough with the PMI numbers, Germany’s Ifo Business Climate Index fell from 99.2 to 97.90 in May.

According to the latest ifo institute survey, a material fall in the current conditions index weighed. The index fell from 103.3 to 100.6.

Outside of the stats, the ECB released its monetary policy meeting minutes later in the day. The minutes revealed growing concern over the euro bloc’s economic growth prospects

For the DAX, ThyssenKrupp (-4.46%), Wirecard (-3.91%) and Infineon Technologies (-3.83%) were amongst the worst performers on the day. The trio has seen heightened volatility as the markets respond to trade war chatter in recent weeks.

Unsurprisingly, both the autos and bank stocks also suffered, with the disappointing economic data and concerns over the extended trade war weighing on the day.

It’s a quiet day ahead on the economic calendar, with no material stats due out of the Eurozone.

The lack of stats will leave sentiment towards the U.S – China trade war and the EU Parliamentary elections to provide direction on the day.

At the time of writing, the DAX30 was up by 23.5 points. The U.S futures were also in the green, with the Dow Mini up by 69 points. While the futures are pointing to a positive open, a reversal could be on the cards. Economic data out of the U.S later today will be negative if in line with or worse than forecast. Support for the markets would need to come from Trump’s Twitter account…