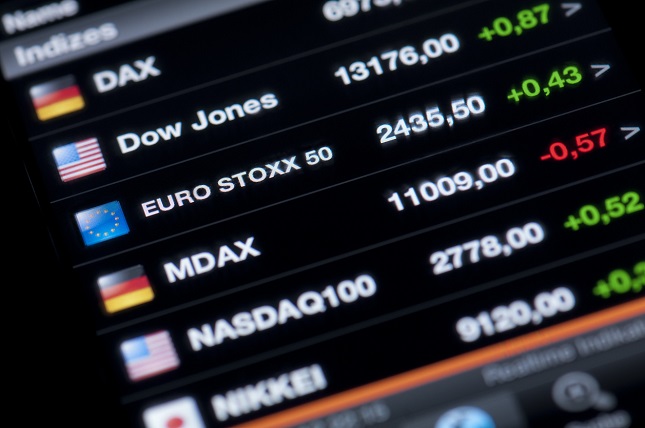 The European majors took another hit at the start of the week. Leading the way down was the EuroStoxx600, which fell by 2.31% off the back of last week’s 3.22% slide.

Asia set the tone early on, with the Chinese Yuan sliding to beyond CNY7.00 against the greenback. Trade war chatter drove risk aversion as news of China ceasing the import of U.S agricultural products hit the wires. There was also chat of China’s plans to withdraw from the U.S – China talks altogether…

It was a relatively busy day on the economic data front.

According to finalized PMI numbers, France’s service PMI came in at 52.6, which was up from a prelim 52.2. Service sector activity did ease, however, from June where the PMI stood at 52.9.

According to the Eurozone Composite PMI survey,

It was a relatively busy day on the economic calendar. The stats included finalized Markit service sector and composite PMIs and the market’s preferred ISM non-manufacturing PMI.

While the Markit Service PMI came in ahead of a prelim 52.2 and June 51.9, the focus was on the preferred ISM survey. According to the July ISM non-manufacturing survey,

The stats weighed on the European majors, with the EuroStoxx600, DAX30, and CAC40 extending their losses in the U.S session.

From the DAX, Adidas was the worst performer on the day, sliding by 5.22% ahead of Thursday’s earnings results. From the auto sector, Daimler was the worst performer, falling by 3.37%. BMW (-2.61%), Continental (-2.74%), and Volkswagen (-2.92%) weren’t far behind. Things were not much better for the banking sector, with Deutsche Bank and Commerzbank falling by 3.28% and 2.78% respectively.

From the CAC, Renault was the only stock to end the day in the green, rising by 1.2%. From the banking sector, BNP Paribas led the way down, falling by 1.79%. Credit Agricole and Soc Gen saw more modest losses of 0.77% and 0.09% respectively. On the day, high-end brands LVMH Moet Hennessy Vuitton and Hermes were amongst the biggest losers. LVMH tumbled by 4.23%, with Hermes ending the day down by 3.02%.

It’s a relatively quiet day ahead on the Eurozone economic calendar. Stats out of the Eurozone are limited to Germany’s factory orders for June.

The markets will be looking for a boost to support a pickup in manufacturing sector activity at the turn of the quarter.

From the U.S, June’s JOLTs job openings are unlikely to have a material impact on the European majors later in the day.

At the time of writing, the futures were deep in the red. The DAX was down by 215 points, while the Dow Mini was down by just 336 points. An early sell-off came in response to the U.S administration’s tagging of China as a currency manipulator.