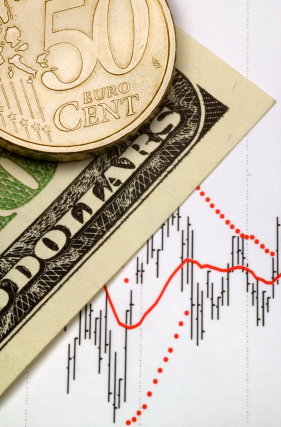 The EUR/USD continued to trade with high volatility and choppy trading was dominant on Wednesday with the mixed sentiment over the outlook for the debt crisis at both ends of the Atlantic.

The debt woes in the euro area emerged once again to pressure the euro negatively, where the skeptic outlook for the capability of the endorsed measures at the euro leaders’ summit to contain the crisis and prevent contagion increased following downbeat comments from Germany.

German finance minister Wolfgang Schaeuble said they are not going to issue “any blank checks” to fund the bond purchases. His comments fueled already lingering fears that the EFSF is not sufficient to prevent a crisis in Italy and Spain which are too big to fail and the fund is surely insufficient to salvage them.

Already, the debt ceiling debate is a pressure on the bond market in general and not just on U.S. markets with the risk of downgrade still eminent even if the decision to raise the limit was reached. On Thursday the market will focus on the vote in the United States on Boehner’s tow-step plan to raise the debt ceiling and cut $3 trillion in expenditure, the vote was already postponed from Wednesday and President Obama already threatened a veto. This helped the market unwind the heavy shorts on the dollar ahead of the vote that will be a major focus on Thursday and fuel the EUR/USD fluctuations.

Germany will start the day at 07:55 with the jobs report for July. Unemployment change is expected with a drop of 15,000 improving from 8,000 thousand added in June. Unemployment rate seasonally adjusted is expected to hold at 7.0%.

At 12:30 GMT we have the usual weekly jobless claims after they rose unexpectedly last week by 418,000.