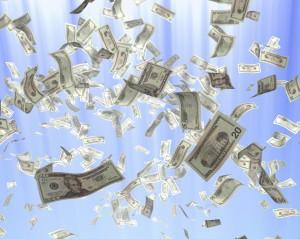 It was a very volatile day for the markets and for the EUR/USD on Wednesday as the focused was on the ECB. The pair moved higher ahead of the three-year auctionon hopes for stability and support for banks yet after the auction the fear spread again over how weak the banking sector might be.

The European Central Bank said it will lend euro-area banks 489 billion euros of three-year loans (1,134-day loans) at the average rate of its benchmark rate –currently at 1.0%- over the period of the loan. The loans will start tomorrow as the bank said that 523 banks asked for the funds at the auction.

Investors saw the amount at the upper range of forecasts as surprising and high which increase the fears over the stability of the sector and the outlook for the euro area. Banks obviously need cash and till now investors still can’t tell now what the money was for or where will it be used.

Volatility will remain as the euro area enters holiday mode early with the lack of major releases and events as the market will focus on the aftermath of the ECB.

The Untied States will start the busy day at 13:30 GMT with the final and third revision for the third quarter GDP as the expansion is expected unrevised at 2.0%. Personal consumption is expected to hold at 2.3% and the Core PCE to remain at 2.0%.

The Jobless Claims are due the same time after the unexpected huge drop in the past week to 366 the lowest in three and a half years.

The University of Michigan Confidence final estimate for December is due at 14:55 GMT and expected with an upside revision to 68.0 from 67.7.