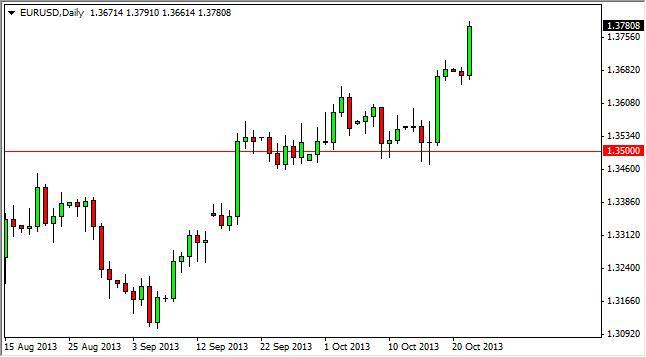 EUR/USD had another back and forth day on Tuesday as the news flow continues to whip the markets around at a relentless pace. The downgrade to “credit watch negative” for 15 EU countries got the pair to enter a selloff mode late Monday into the first half of Tuesday. The pair again had struggled at the 1.35 level for the fourth time. However, the news that there is going to be a second bailout fund in Europe running simultaneously to the EFSF got the market Euro positive yet again. This resulted in a candle that formed as a hammer at 1.34 as traders continue to weigh the likelihood of a possible solution during the Friday EU summit.

The next few days could see even more whippy action as the market will be hanging on every word that the politicians in Europe speak. The meeting will be absolutely vital in importance for the direction going forward. The pair continues to be the epicenter of trading around the world, and the pair is probably one of the most difficult at the moment for traders. The dangers out numerous as the headlines can come out at any time that moves the market in one direction or another.

On Thursday we will see an ECB meeting that should produce a rate cut. This will be Euro negative, but shouldn’t be a big surprise to many traders. The real concern is whether or not the EU summit will produce some kind of solution to the overall debt crisis problem. The pair is volatile to say the least at this point, and over the next few days it will be a bit much to expect major traction in either direction, unless of course it becomes obvious that the summit will or won’t produce something.

The technical analysis suggests that the 1.35 level is going to be massively resistant, and until we can close over that level on a daily close, the market will be more of a downward-biased one. The selling of rallies until we close over that mark is our strategy currently as the headlines keep beating the pair down and the trend certainly has been bearish lately.