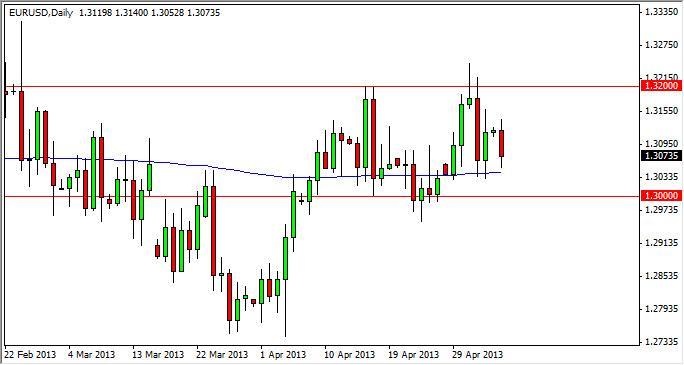 EUR/USD fell for the session on Friday as the traders in the FX markets sold off the Euro in general as rumors of an impending credit rating cut for France by S&P came out. The late hours of the session did in fact see France downgraded, as well as many other EU countries. The cuts were one notch for some countries like France and Austria, but Portugal, Spain, and Italy all got cut two notches.

The move actually came out fairly late, and one has to wonder what the Asians and Europeans will do with this news on Monday. The pair could see more selling going forward, and the shape of the candle certainly looks bearish as it is a bearish engulfing candle. The 1.26 support level is just below, and if we can break that on a daily close, the next major support level in our opinion isn’t until we get closer to the 1.19 level.

With this in mind, we are willing to sell rallies up to the 1.30 level, and will look for weak daily candles form which to sell such as shooting stars and hanging mans. The breaking below the above mentioned 1.26 level on the close would have us aggressively selling in this market as the rout would be on at that point. This market has been very stubborn over the last several months, and it looks as if we are finally going to see the result of weeks of work by the bears. However, until the 1.26 level is out of the way, there will still be fighting.

The upside simply isn’t in our repertoire until we get over the 1.31 level on a daily close. If we can somehow manage that – it would be a significant momentum change and show real conviction in the value of the Euro. The Dollar should continue to get the safety bid as well, and with all of the headline risks that are out there, it makes sense that the US dollar will gain overall anyway. Because of this – we see EUR/USD as a “sell only” pair currently.