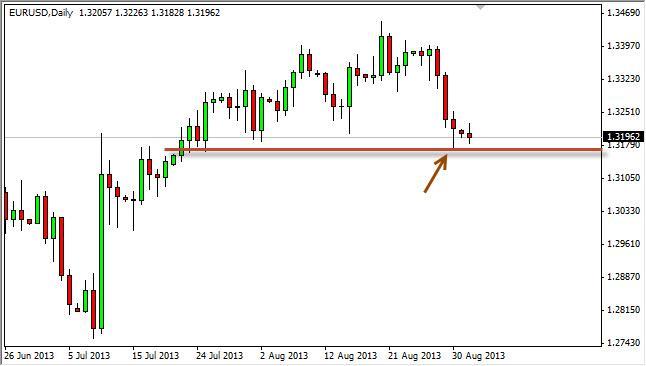 The EUR/USD pair fell on Friday as traders sold the Euro on concerns of the Greek debts talks stalling. However, the pair was bought back up during the US session, and has formed a hammer on the former trend line, which in and of itself is a bullish development.

The hammer sits just below a resistance area in the form of 1.30 however, and the 1.31 area it what we think is the top of that “zone”. With this being said, the hammer could quickly become a “hanging man” if the market breaks lower. If it doesn’t, buying is going to be difficult until we clear 1.31 as it would be significant. Until then, we are observing.