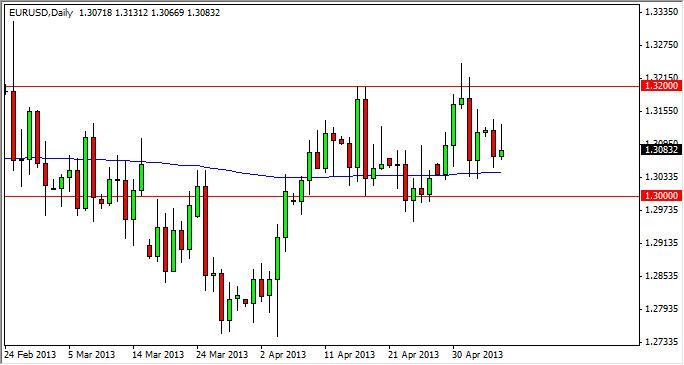 EUR/USD continued to rise during the Friday session as the shooting star from Thursday got violated. The 1.32 level has been breached, and the market looks very healthy at this point in time. However, we have seen this movie before, so one would have to think it would take just one bad headline out of Europe to completely change this.

Oddly enough, Fitch downgraded several EU countries in the afternoon and the EUR/USD stayed strong. It originally sold off, but the kneejerk reaction was reversed in less than 30 minutes, showing just how Dollar negative the environment really is in the current environment. However, one of the biggest positives at the moment is the rumor that the Greek debt talks are about to produce a solution. (I swear this comes up every few days – but never seems to produce results.)

The 1.32 area will be one to watch as it is serious resistance on the longer-term charts as well. The level could being the top of a consolidation range down to the 1.25 level, as the weekly charts suggest this is possible as well. Of course, the market will have to show some kind of weakness at this area to make us more certain of a sell, but in the long run, we believe this pair falls.

We are looking at the EU going into recession, and the GDP numbers out of the US were weak as well, giving rise to Treasuries in the long run too. This pair will continue to fall, but it has been a nice bounce so far, and jumping into it at this point is reckless. The pair needs to show us a shooting star or bearish engulfing candle in the vicinity to get us selling, but the spot we are in is the perfect place to see it happen.

We are waiting, but will sell the first bearish signal that we find. Buying at this point could net some profits, but the situation in Europe is too volatile to get involved with. If you really want to sell the Dollar, the commodity currencies are a much better bet at this point.