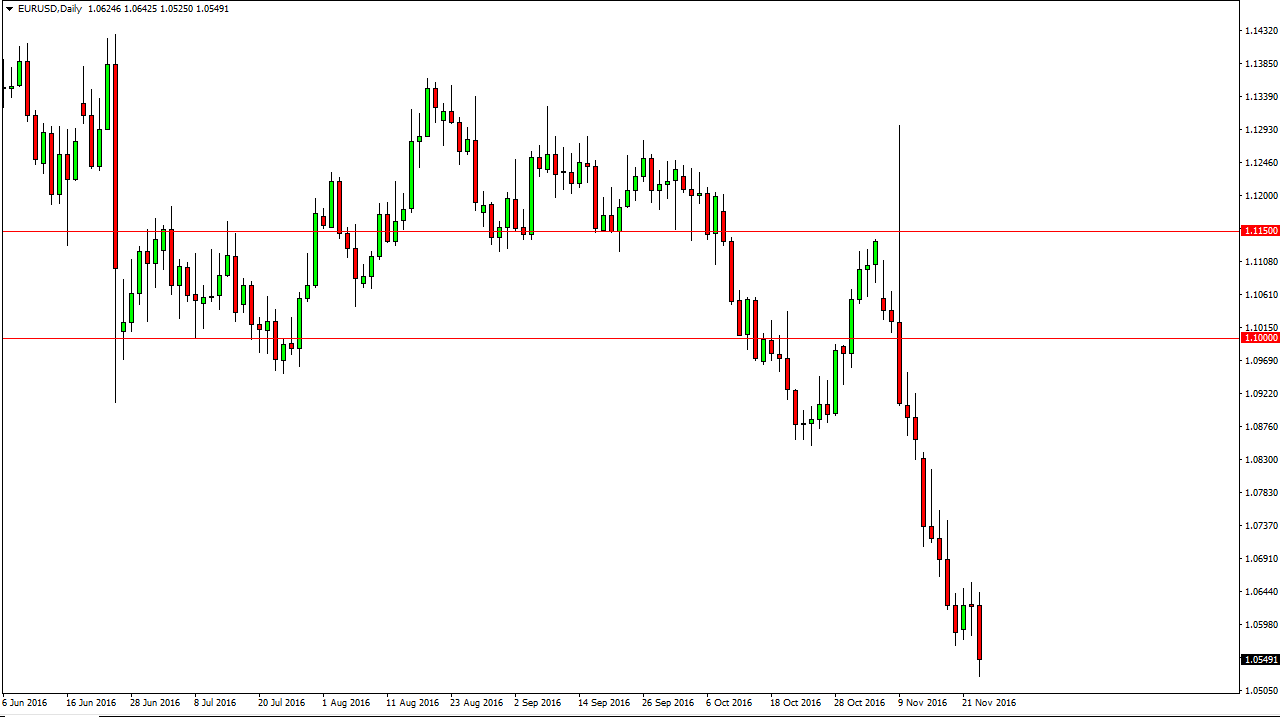 The Euro rallied at the beginning of the session and then fell significantly on Wednesday. It now looks as if we are making a serious push to reach the 1.05 level, and I think it happened soon. Any rally at this point should be a selling opportunity going forward, as we will almost certainly have to see signs of exhaustion when the buyers do get involved. There is no real reason to think that this market changes its trend anytime soon, so I remain bearish overall. I recognize that it will be difficult to break down below the 1.05 level, so it may take several attempts. However, once we do the Euros should then reach towards the parity handle over the longer-term charts.

Currently, I believe that the 1.0650 level is rather resistive, but I think there’s even more stringent resistance above at the 1.08 handle. Honestly, I prefer to see this market bounced significantly so I can start selling based upon “value” in the US dollar. It is the strongest currency in the world right now, and should remain so. There are plenty of reasons to think that the US economy should do reasonably well under the new administration, and of course the European Union has a lot of issues facing it at the moment.

The United Kingdom leaving the European Union of course hurts the European Union overall. It was the second largest economy, and as a result that is a significant hit. Over the next several months, we have potential for more anti-EU parties to take over in country such as Austria, the Netherlands, and more alarmingly – France. At this point, I have to think that sooner or later one of these countries will decide to leave. Once they do, the European Union will more than likely come unraveled. I believe that’s what most of the traders in the world are thinking right now, and of course we have the reality that the Federal Reserve is going to be raising rates soon, both of those reasons make this such a bearish market.