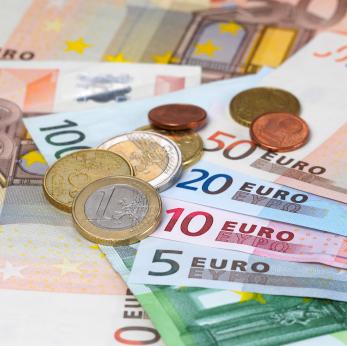 The EUR/USD has moved up in end of the day trading to reach 1.3104 after opening at 1.3032. There has been no economic news to support the euro move and no weakness exhibited by the greenback.

Earlier in the day an economic report release showed real wages fell again in the 17 countries that use the euro in the fourth quarter of last year, while employment also declined; confirming consumption and confidence are likely to remain weak as the region teeters on the brink of a return to recession.

These two items should have given the euro some weakness but not today.

In the US the economic news was positive as volumes of releases and data flowed today.

The Empire State manufacturing index rose to 20.2 in March, the New York Federal Reserve Bank said Thursday. This is the fourth straight increase after the index had sunk below zero from June through October.

Foreign investors were buyers in January of a net $94.7 billion of long-term U.S. securities, Treasury Department data released Thursday showed. This is much stronger than the revised $19.4 billion of net sales in December.

Manufacturing activity in the Philadelphia region edged higher in March to its highest reading since last April, the Philadelphia Federal Reserve reported Thursday. The bank’s business condition index rose to 12.5 in March from 10.2 in February

A RealtyTrac report showed that foreclosure activity fell 8% nationally, compared with a year ago.

The markets were hit by a rumor this afternoon, when reports came out saying the President Obama and UK Prime Minster Cameron reached agreement to release strategic fuel reserves, which was not true, they did have a meeting to discuss the issue but no decisions were made nor any plans. The rumor was later retracted but not until after crude had plummeted over 1.00. This might also be the cause in the inequity of the euro/usdollar.

Manufacturing Sales measures the change in the overall value of sales made at the manufacturing level.

The Consumer Price Index (CPI) measures the change in the price of goods and services from the perspective of the consumer. It is a key way to measure changes in purchasing trends and inflation.

Industrial Production measures the change in the total inflation-adjusted value of output produced by manufacturers, mines, and utilities.

The University of Michigan Consumer Sentiment Index rates the relative level of current and future economic conditions. There are two versions of this data released two weeks apart, preliminary and revised. The preliminary data tends to have a greater impact. The reading is compiled from a survey of around 500 consumers.