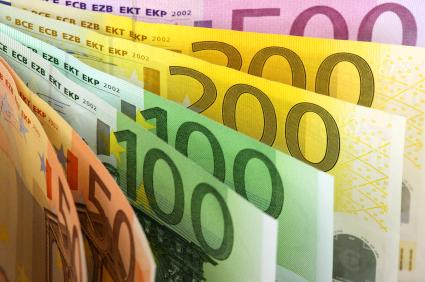 The EUR/USD ended a roller coast session at 1.2541 up a few pips. Investors in a slow news day and a day void of eco data created their own market sentiment, pushing up the euro on hopes from Greece, but the political outcome is too far away to predict and the final coalition and negotiations are anyone’s guess, but it allowed investors to cling to something, until Spain and their banks moved into to kill market hopes, the euro began to tumble as the DI climbed back again.

The euro ended another week lower, amid growing concern over the Greek political stance and whether the embattled nation would stay in the EU or not. Investors are running for cover, to the safety of other currencies like US dollar and Japanese yen. Looking at the scenario, it can be said that the euro remains firmly in a downtrend.

The Spanish economy is reeling and Spanish bond yields are rising by the day. This is crippling the already debt-ridden economy as borrowing costs keep rising. The public fallout between Merkel and Hollande isn’t adding to the confidence. On the economic front, we could see the Euro-zone disappoint us again. However, some respite can be seen in the German data which has shown a slight uptick. Moreover, German Import Price Index and Consumer Confidence could see a boost in the coming week. This could support the euro. However, on the other hand, the EU data appears to be showing a lag as economic sentiment and PMI numbers see a downtick. So, for the coming week, we can say that the euro would mainly be in a downtrend with some respite coming in the form of better economic data from Germany.

As a new week begins, a mild positive bias was witnessed in commodities and equities following optimism over Greek polls. Worries over Greece exiting the euro zone lessened following the growing support for pro-bailout parties in the country and it provided a lift to the overall market sentiments. Yet, persisting debt crisis in euro zone may continue to limit gains. Moreover, with the US markets remaining closed for Memorial Day holiday, activities may be subdued.  Spot gold was seen stretching the previous session gains, supported by a firmer euro. Euro was seen rebounding from its recent losses as worries over Greece’s exit from euro zone started to recede. In the Indian markets too, gold was seen inching up, tracking the global markets though currency movements limited gains

Spanish yields are flirting with their post EMU highs, reaching 6.51% in today’s session. News that Catalonia has run into funding problems weighed heavily on EUR during Friday’s session. Today’s focus remains on Catalonia as well as the banking sector. Spain is considering using its own debt to recapitalize Bankia, allowing the bank to then deposit the sovereign debt with the ECB, while Spain would then hold equity in Bankia highlights the search for non‐traditional solutions, the vulnerability of the banking sector and the ongoing risk facing core‐Europe.