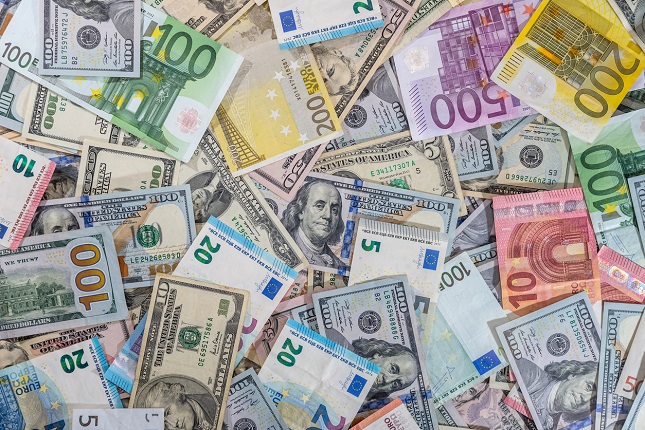 EURUSD started the week on a bearish note and hit a new 7 week low during trading session tracking rise in treasury yields. Investors expect a further slide in EUR as there has been a sudden increase in demand for EUR Put options. The American dollar surged across the board as ten year treasury yield neared the 3% mark. The EURUSD pair fell to 1.2195, the lowest level since March 1 during Monday’s trading session and looks set to extend losses further as indicated by rise in the implied volatility for the EUR put options.

This was further evident as the pair hit its lowest yet at 1.21830 in early hours of Tuesday’s trading session in Asian market hours. However the pair also saw some breathing space during Asian market hours due to better than expected positive readings in Euro zone preliminary PMI readings. Euro zone preliminary PMI data reflected stronger than expected activity in the French and German service sectors this month and a modest deceleration in manufacturing activity, the Euro zone composite PMI was bullish at 55.2, better than expected value of 54.8, similarly Services PMI was at 55 while the expectations were at 54.8.

While there has been some uptrend movement in morning trading session so far, the demand for Put option still seems to be a valid bearish threat to the pair. Meanwhile the European Central Bank (ECB) has been delaying the QE exit decision. So, the yield differential will likely continue widening in favor of the US dollar in the near future. In order to see if the pair could really make a bullish breakout from existing momentum, investors are awaiting results of German IFO Business Climate Index readings. If the readings meets the expectations or turns of better than expected it could help propel EUR on further momentum, however if the readings miss estimates the pair is expected to make a downside break which could go down as low as 1.2150. The expected trading range for immediate and near future trading sessions post the IFO reading announcement are at 1.2150 & 1.2328 respectively.