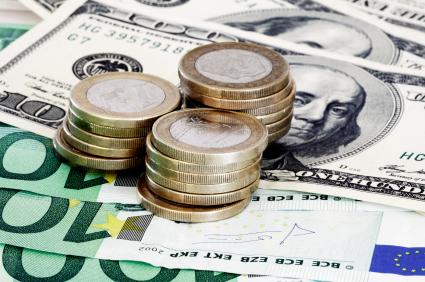 Introduction: Out of the major currency pairs the most popular and easy to trade currency pair is the EUR/USD. It has become so popular with traders these days that even when there is no visible trade to be had it is yet traded as a matter of habit. This is of course something that should be avoided and any investor who trades this currency pair wisely can do so successfully with sizable profits at the end of the day.

The first thing with trading currencies is to realize that the EUR/USD is made up of two separate currencies although considered to be one unit when taken as a pair. The weaknesses and strengths of each currency have to be taken into consideration when trading the unit as it influences the final outcome. Another factor that is often overlooked by traders or investors is that the weakening of one currency along with the strengthening of the other currency in the pair results in the generation of pips. It is according to this that entry and exit from the Forex market has to be done in order to maintain profitability.

The EUR/USD closed out the week at 1.2516 bouncing up after it broke through below the 1.25 number.

Entering the US long weekend, the market is vulnerable to position squaring, particularly as there is hope for a European solution and the European Redemption Fund comes back into the headlines. As the global growth outlook softens and the European crisis escalates, it becomes increasingly clear that the need for more than a band aid solution is rising and threatening global financial market stability.  In this environment, equities are quiet, with US futures pointing to a positive open, bond yields are mixed (lower in the US, France and Portugal, but higher in Germany and Spain). The USD is weaker, but for most currencies it is simply retracing some of the recent strength as since last Friday, the USD is still materially stronger.

With negative European developments still dominating markets, we have a strong USD bid remaining well in play, though the VIX index and EURUSD basis swaps remain off last week’s highs and lows respectively. Our USD/Asia ex‐Japan FX index surged back higher yesterday, after two days of stabilization, and is now nearly at a new 1‐year high.

The negative grind in markets, and in Asian currencies, is likely to continue until we either see assurances that the Europeans can secure Greece’s continued membership in the Eurozone (clarity on this front is unlikely until after the next Greek election in June), or a financial sector support scheme can be assured that would ring‐fence with certainty the rest of the Eurozone (financial sector) in the case of a Greek exit.

Europe is currently debating whether eurobonds or an alternative European Redemption Fund proposal could offer a solution to its sovereign debt and banking crisis.  Italian PM Mario Monti recently stated that the majority across the EU support joint Eurobond issues and that Germany’s opposition could be overcome.  That seemed a stretch since it conflicted with the impressions of Luxembourg’s Prime Minister Jean-Claude Juncker, and both German Chancellor Angela Merkel and the German political opposition remain united against the Eurobond concept in no small part because the resulting yield convergence would come at the expense of Germany’s borrowing costs and with few if any strings attached beyond the European Fiscal Stability Treaty.

FxEmpire provides in-depth analysis for each currency and commodity we review. Fundamental analysis is provided in three components. We provide a detailed monthly analysis and forecast at the beginning of each month. Then we provide more up to the data analysis and information in our weekly reports

Major Economic Events for the week of May 21-25 actual v. forecast for Euro, GPB, and the Franc

Economic Highlights of the coming week that affect the Euro, GBP, CHF and the USD