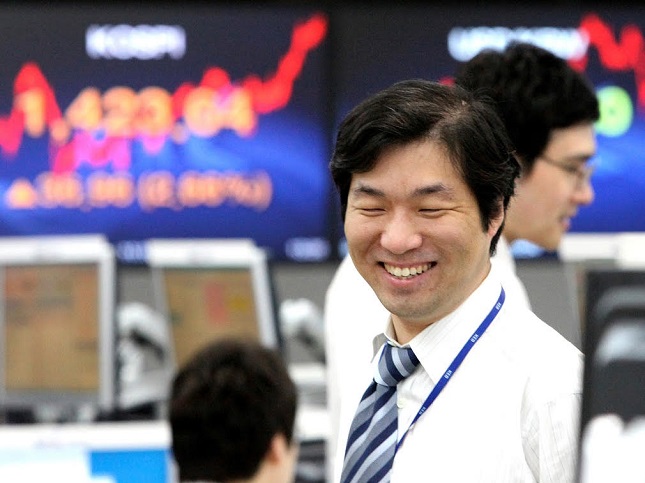 EWY encapsulates South Korean stocks with some global semiconductor names, while KRW/USD is the ratio of the South Korean Won to the U.S. dollar or the inverse of the USD/KRW currency pair. The mighty dollar is currently on an uptrend encouraged by a hawkish Fed and the U.S. economic recovery being well on track. 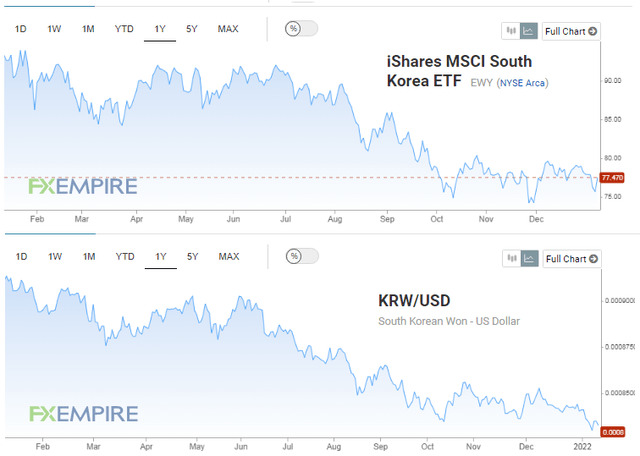 Now, the USD/KRW pair forms part of the top 10 most traded currency pairs as part of the foreign exchange (Forex) market, which is larger than all stock markets of the world combined, but, whose volatility is only second to Bitcoin’s.

Many professional Forex traders trade this currency pair which, as seen by the abrupt fluctuations carries volatility risks, but, depending on the right timing, can also be synonymous with opportunities. Here, the undervaluation of the Won against the U.S. dollar signifies that there is potential for an FX gain since EWY shares are USD denominated while portfolio holdings are in the local East Asian country’s currency.

Pursuing further, South Korea was the first developed nation to raise its interest rate on August 26 by 0.25% to 0.75%. With the Bank of Korea (BOK) also incrementing its inflation projection from 1.8% to 2.1%, there could be further hikes. Now, with the U.S. and China being South Korea’s two main trading partners and the fact that both countries’ currencies have appreciated against the won, means that it may be easier for central bankers to drive another rate hike while still downplaying high interest risks for South Korea’s export-driven economy.

Looking ahead, there may be some supply chain-related issues as well as inflation impacting the different sectors of the fund’s holding. Its over 37% exposure to IT is being adversely impacted by the contagion effect from Nasdaq’s fall. However, looking deeper, the IT names in fact consist of semiconductor plays like Samsung Electronics (SSNLF) and SK Hynix ( HXSCL) at 24.5% and 6.1% of overall assets respectively. In this respect, with chips being key components used in the manufacturing of everything from cars, electric batteries, solar panels to wireless 5G, its demand should persist for years despite the Korean government starting to reduce monetary stimulus. I also view the rate rise by the BoK for the purpose of normalizing policy as being more aligned with the economic recovery. It also comes at the right time in order to reduce macroeconomic risks like creating an asset bubble or letting household debt increase.

This said, to further support the fact that EWY constitutes an appropriate investment at this juncture is its underperformance of the iShares MSCI Emerging Markets Index Fund (EEM) (which includes holdings from China, Taiwan, and others in addition to South Korea ) by more than 10% for the last one year. As a result, based on its holdings, EWY is available at an average Price/Book Ratio of only 2.56 compared to 4.8 for EEM.

Finally, as a result of the sell-off in tech stocks, the Korean ETF could slide further, maybe to the $74.1 support level. Moreover, despite the BOK raising rates again in November, the Won has continued on its downtrend. This should prove beneficial for the country’s export-led economy and continue to promote revenue growth for EWY’s holdings.